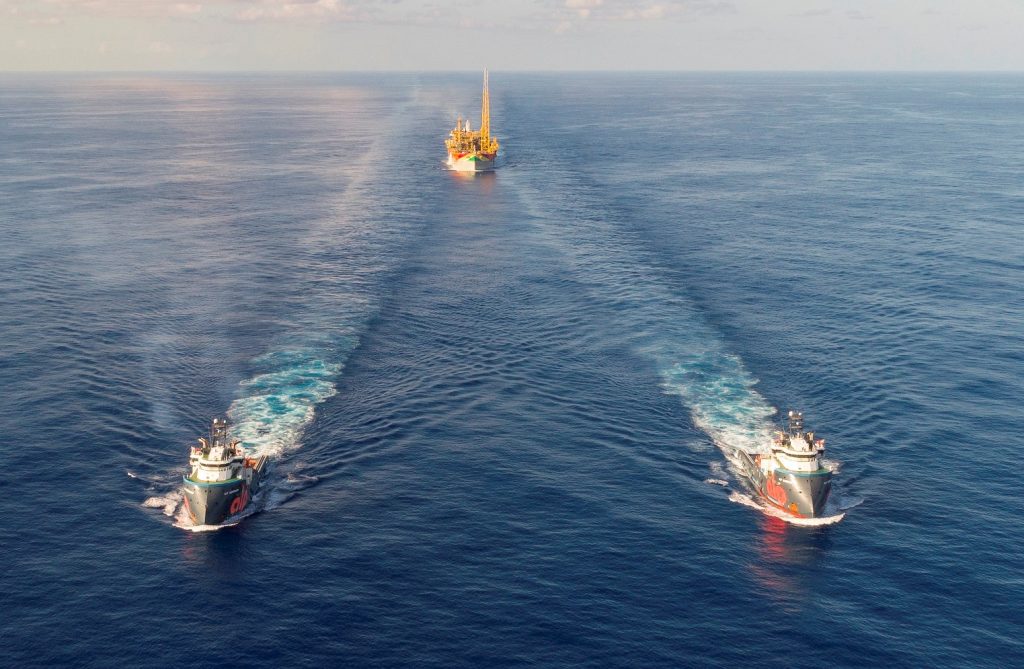 The floating production storage and offloading (FPSO) vessel journeyed for 42 days, after a June commissioning ceremony at which First Lady, Sandra Granger renamed it “Godmother”.

After clearing customs, the vessel will be moored to the seabed (known as spread mooring) in preparation for production, storage and offloading of Guyana’s oil.

“It’s exciting to have another significant milestone completed as we continue on the road to first oil,” said Country Manager Rod Henson to mark the occasion. “While we still have a great deal of work ahead of us, I’m extremely proud of our entire team, both onshore and offshore, and their focus on working safely and being protective of the environment in all that we do,” Henson was quoted as saying.

In a separate statement, Director of the Ministry of the Presidency’s Department of Energy, Dr. Mark Bynoe welcomed the arrival of the Liza Destiny.

“This is a historic and momentous occasion for the Co-operative Republic of Guyana and all Guyanese. The FPSO’s arrival means that we are no more just talking about first oil. First oil is on the horizon. The Liza Destiny’s arrival means that our timetable has moved forward and, as a policy-related body, we are also called upon to advance our timetable,” Dr. Bynoe said.

The Director of Energy said the Liza Destiny’s arrival should engender a new spirit of nationalism, pride and expectation.

“As Guyanese, we should begin to recognise that it is a vessel that will be paid for by Guyanese, pumping Guyanese fuel which will be bringing in revenue for Guyanese to help our country to ultimately be transformed positively from an economic development perspective. It is imperative that as Guyanese we begin to appreciate that the direct and the indirect benefits that emanate from this sector goes far beyond anything that we have seen thus far,” Dr. Bynoe said.

After clearing customs, the vessel will be connected to the spread mooring before hook-up and installation begins in preparation for production, storage and offloading of Guyana’s oil.

This FPSO is a significant component of the Liza Phase 1 development which involves four under sea drill centres with 17 production wells. It has a production capacity of 120,000 barrels of oil per day and an overall storage volume of 1.6 million barrels.

During normal operations, there will be at least 80 persons living and working onboard the vessel.

ExxonMobil Guyana remains on target for first oil by early 2020.