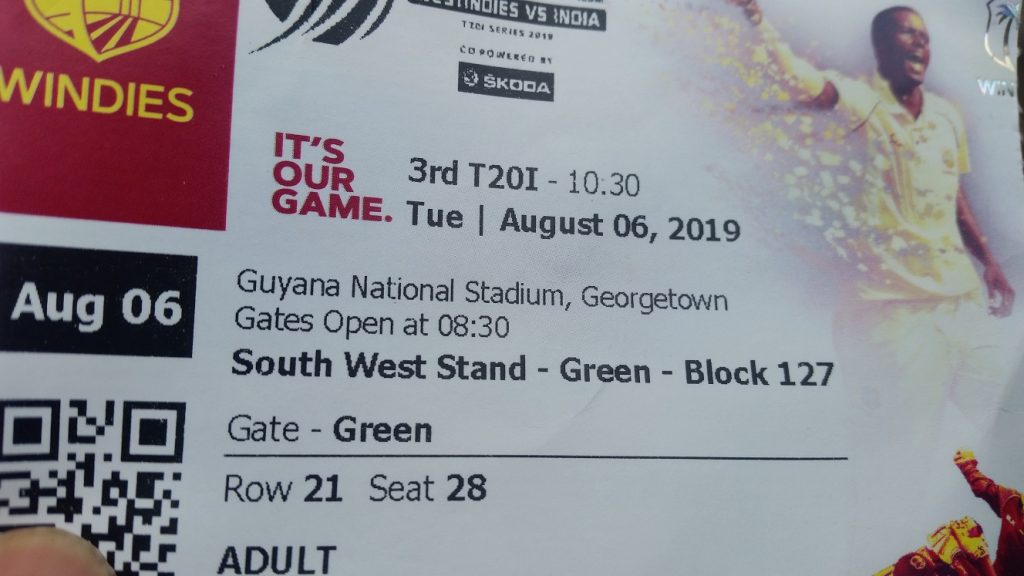 At least one spectator of the West Indies v India 20/20 match was sold a ticket for a non-existent seat at the Guyana National Stadium, Providence, East Bank Demerara.

An Attorney-at-Law and rights activist said his ticket had designated him to occupy seat 28, but when he turned up there was no such seat as row 21 only has seats up to 27.

“There is no 28. So I was shunted to a seat by a volunteer in the hope that nobody shows up with a ticket for that seat,” the lawyer said.

He said he purchased the ticket at the Guyana Cricket Board’s office on Regent Street, Bourda, Georgetown.

The spectator did not believe he was the only one experiencing such a situation as a woman was reassigned to another seat in the hope that the occupant bearing that seat number did not turn up.

Previous: OPINION: There must be softening across the political battlefield
Next: Caribbean Court upholds trade ministerial decision on cement classification