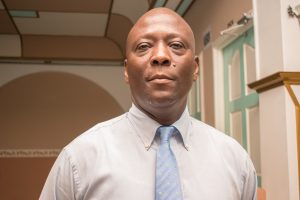 The Guyana’s Maritime Administration Department (MARAD) is benefiting from the expertise of the United States Coast Guard (USCG) for a capacity building workshop on Port Safety Management.

Participants include port facility security officers and representatives of the Guyana Fire Service (GFS) and the Guyana Revenue Authority (GRA).

MARAD’s Chief Port Security Officer, Dwayne Nurse said all port facilities in Guyana are expected to meet international best practices. The seminar, he said, will assist in this regard.

“A code was derived after several meetings of the International Maritime Organisation, which thought it was a smart thing to do following the events of 9/11 and all areas and sectors were affected.”

According to Nurse, the International Maritime Organisation (IMO) saw it fit to bring the code to all port facilities around the world to mitigate maritime threats. These port facilities are signatories to the IMO.

The collaboration between MARAD and the USCG began back in 2014. The event has now become a five-year occurrence. 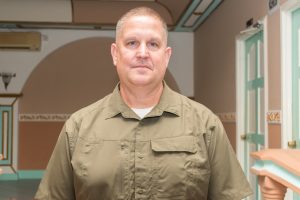 Among the programme facilitators at this year’s training programme is Lieutenant Commander Don Davis of the US Coast Guard. He said Guyana and the US were also trading partners by sea and noted that anything that happens to maritime transportation would severely impact both countries.

“So, we take it very seriously, and we think it is well worth the time, money and investment to do this type of programme,” he told the Department of Public Information (DPI).

The programme comes to an end on Wednesday.