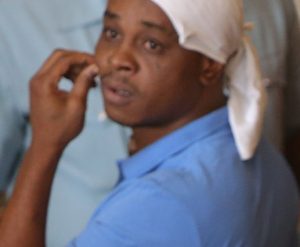 Leon “Whistle” Duncan, once accused of murder and several armed robberies, was gunned down Sunday night during a drive-by shooting, a Guyana Police Force officer confirmed.

The officer said preliminary information received indicates that two or three other persons, including Orande Gordon, were shot and injured.

Georgetown Public Hospital sources said one of the left knee cap of one of the men was ripped out.

Whistle, 28, and the others were gunned down not far from his Willemstad Road, Festival City, residence.

He had been charged with robbing Stabroek Market vendors and other persons , as well as the murder of Imtiaz Roopnarine in 2013 at the Cool Square Hotel. He was three years later acquitted of that charge.