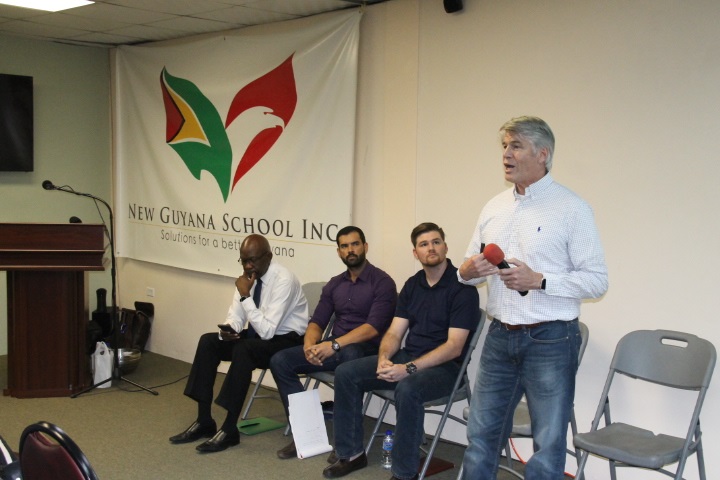 Residents, fearful of pollution from an oil production-related chemical storage plant expected to be built in suburban Georgetown, boycotted a community meeting the United States-headquartered company called to allay fears.

One of the residents said they decided against attending the meeting because their grouse is not with the company but with the Environmental Protection Agency (EPA) that they believe has not been doing enough to address their concerns.

John Fernandes Limited’s (JFL) Company Secretary, Jeremy Fernandes said during a question and answer session that works have been since been halted at the John Fernandes Limited (JFL) inland yard in the vicinity of Industrial Site Ruimveldt/Houston Gardens. He said that decision was made following a consultation with the EPA, Ministry of Public Infrastructure and the Central Housing and Planning Authority (CHPA).

Fernandes explained that JFL had received broad permission to use the area as a storage facility, but it did not specify the types of material that should be stored at the location.

Nalco Champion (Guyana) Inc, which has leased the location from JFL for the warehouse, said it has since ceased operations pending regulatory approval based on an impact assessment. “We are currently pursuing the completion of our Environmental Impact Assessment (EIA),” said Nalco’s Base Manager, Eric Scott. 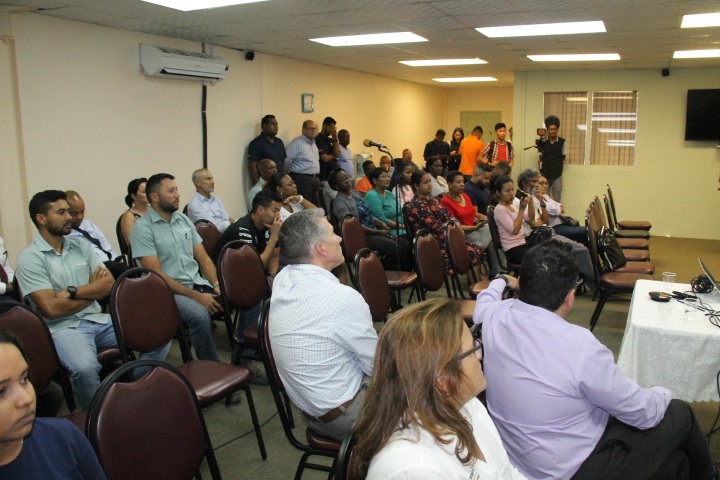 Fernandes said the EPA conducted a site visit two weeks ago and “they raised some additional concerns surrounding the Environmental Impact Assessment so we decided together that we would cease works until we consulted on those issues and then align all of the regulatory authorities and then move forward.”

Scott assured that the highly secured tanks and other facilities to be used to filter, transfer and transport the chemicals are fully secured against leaks and fires. “These are some of the safest tanks in the world. They are recognised by international standards as well as Guyanese standards. These tanks have protected frames around, they have pressure safety valves. They have a redundant closure at the bottom,” he said, adding that they are serviced every two years by being cleansed, inspected and pressure tested.

He said the bond itself would be monitored by cameras and secured by barbed wire in addition to having numerous fire extinguishers should there be a blaze.

Asked by an attendee about the risk of transporting the chemicals in busy road traffic, the Nalco officials said the six or eight tanks per week would be moved through the streets on trailers during the nights and would be escorted by police and firefighters.

Nalco said it was not manufacturing any of the chemicals—methanol, xylene, asphaltene inhibitor and emulsion breaker—manufactured in Guyana but that they would be transported from Texas to Guyana where they would be filtered before taken offshore to the ships.

The company said the warehouse would be used “strictly” as a warehouse and container transfer facility for storing products and equipment, repackaging chemicals into tanks, filtering chemicals as they are repackaged and transported to the supply vessels. The warehouse, according to Nalco, is not a manufacturing facility and there would be no massive storage tanks, buried chemical tanks, chemical reactions, vapour clouds or steam, flaring or flames or no stack or vent flume.

“All of these are liquid. There is no gas involved and I want to make sure everybody understood that. It is purely liquid,” added Country Readiness Manager John Walvogel.