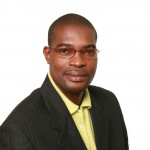 He clinched 155 of the more than 250 votes cast for that post. The other contenders were Beverley Alert, Leonard Craig, and Michael Carrington.

Incumbent Marlon Williams did not contest for the post of General Secretary.

Patterson previously served as General Secretary when the AFC had negotiated a political agreement, the Cummingsburg Accord, with A Partnership for National Unity to contest the 2015 general election.

Earlier Saturday, Khemraj Ramjattan was elected leader and Raphael Trotman Chairman unopposed as the other candidates for both posts pulled out.

Patterson’s return as General Secretary came just one day after the Guyana Police Force’s Special Organised Unit said officials of the Ministry of Public Infrastructure were cleared of allegations concerning the award of a contract to a Dutch company to conduct a feasibility study for a new Demerara Harbour Bridge.

That contract did not pass through the National Procurement and Tender Administration Board.