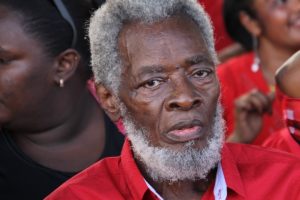 Luncheon has not been seen at Freedom House, the opposition People’s Progressive Party’s headquarters, and the Opposition Leader’s Office for several weeks now during which he has been extremely ill.

He was last seen at a public event at Babu John, Port Mourant at the annual commemorative event for the late PPP founder-leader and former President, Cheddi Jagan.

Prior to then, he had attended the crucial PPP Central Committee meeting to choose Irfaan Ali as that party’s presidential candidate.