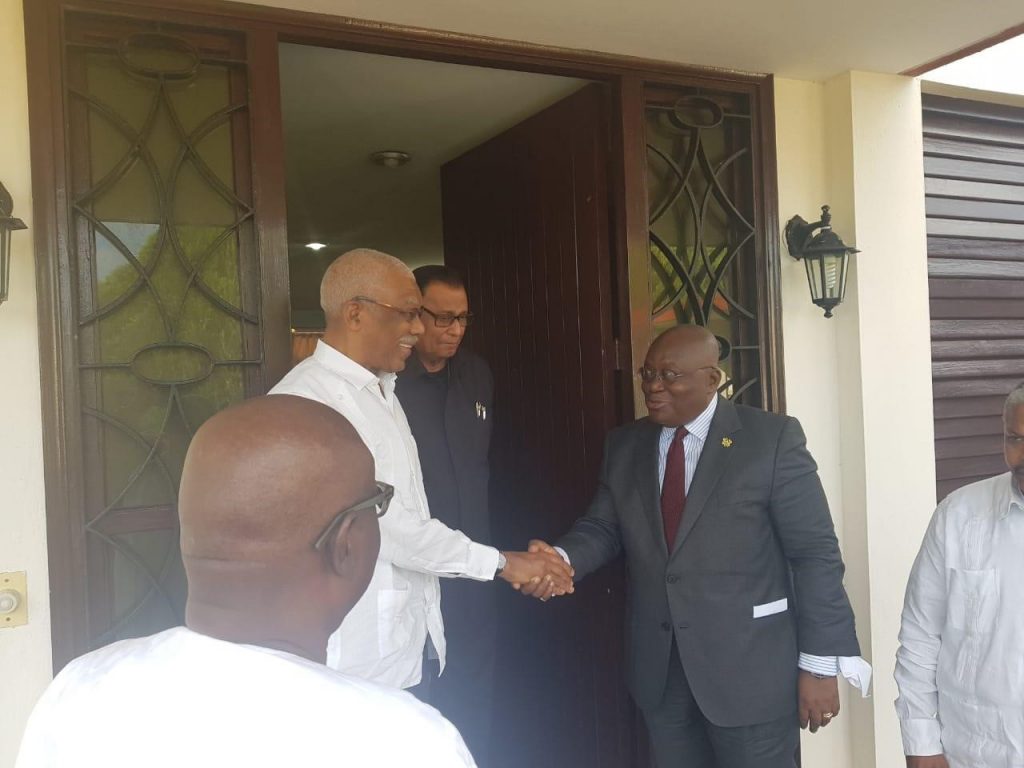 Ghana’s President, Nana Addo Dankwa Akufo-Addo is expected to visit Guyana next month and he and his Guyanese counterpart, David Granger, are due to discuss energy cooperation, among several other areas.

Granger announced, in a speech at the accreditation of Ghana’s non-resident High Commissioner, Professor Abena Pokua Adompim Busia, that Akufo-Addo would visit Guyana from June 11th to 12th.

“We are confident that this visit will result in practical measures aimed at enhancing relations and cooperation between our two states, particularly in the fields of agriculture, culture, energy, environment, investment, petroleum production, private sector cooperation, tourism and transportation,” President Granger announced Wednesday.

President Granger noted that Ghana and Guyana are joined by ties of blood, history and common interests. Guyana joined in heralding Ghana’s Independence in 1957. Some cultural organizations observe, annually, the 6th of March as Ghana Day. 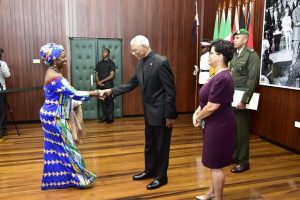 Ghana and Guyana established diplomatic relations on 14th May, 1979.

Granger and Akufo-Addo met last year at the Commonwealth Heads of Government Conference, and again this year, during his visit to Cuba.

Previous: Power restored after trips in Demerara-Berbice system
Next: Stabroek Market bandit nabbed with gun after robbing vendors; search on for ‘Awara’