Guyanese murder-accused extradited to US, creates precedent – US Ambassador 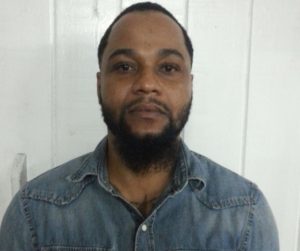 A Guyanese man was Wednesday extradited to the United States (US) to be arraigned on a charge of murder in a New York court, a move the American embassy here said creates a new precedent for others to be possibly extradited.

The American Embassy says it notes this positive step forward and commends the Guyana government. “The Government of Guyana’s actions over the past year clearly indicate its dedication to law and order and established norms of international criminal justice – Guyana is moving in the right direction. Establishing a roadmap for future extraditions, bringing a fugitive to justice, making Guyana a safer place for Guyanese citizens – this is the best example of rule of law existing in Guyana,”  US Ambassador to Guyana, Sara-Ann Lynch was quoted as saying in an Embassy release.

Troy Thomas is en route to the United States to face justice for criminal acts he allegedly committed in New York in 2011.

He was Wednesday evening expected to be in the custody of the New York Police Department, and Thursday morning he would appear before an American judge, to face charges. Thomas’ extradition reflects over one year of close coordination between the Government of Guyana and the US Embassy.

In 2011, Thomas allegedly committed murder and other crimes in New York, then fled to Guyana. In 2018, the US Attorney General and Secretary of State sent an extradition request to the Government of Guyana, which the Embassy served to the Ministry of Foreign Affairs. Guyana Police Force officers apprehended Thomas in 2018, and he has remained in Lusignan Prison since then.

The American Embassy here added that Thomas exhausted any further right to appeal under the Guyanese constitution at midnight last night.

The Embassy especially thanked the Office of the Director of Public Prosecutions, the Guyana Police Force, the Guyana Prison Service, the Minister of Public Security, and the staff at Cheddi Jagan International Airport, for their close cooperation and commitment to justice.

Corruption and criminal activity rob the Government and citizens of Guyana of money that could have been spent on education, health care, and important infrastructure work. Extraditions are an important law enforcement tool in fighting transnational criminal organizations, the embassy said.

Convicted Guyanese drug kingpin, Barry Dataram who is in a Guyanese jail for cocaine trafficking, several years ago had fought several legal battles successfully in Guyanese courts to avoid extradition to the United States.

Eventually, the Fugitive Offenders Act was amended to close a number of loopholes that had been identified in Dataram’s favour in a High Court ruling.

A number of Guyanese drug traffickers, including Peter Morgan and Shaheed ‘Roger’ Khan, had been arrested in other countries and taken to the United States where they had been convicted and jailed.

Several others are said to be on the US law enforcement’s radar.