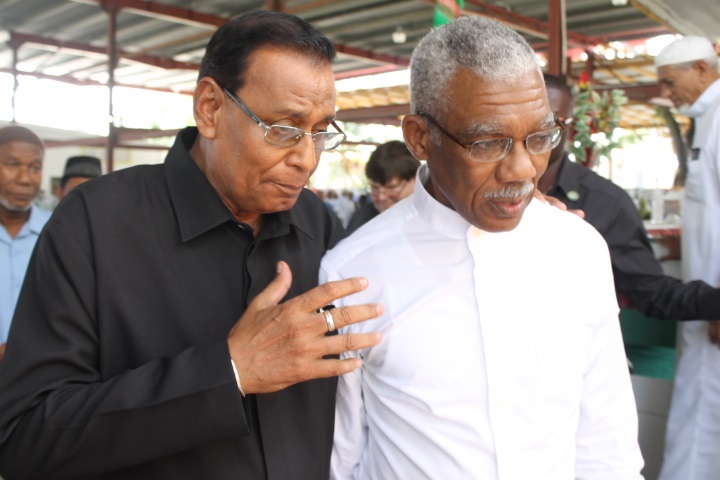 President David Granger has successfully completed several rounds of chemotherapy for non-Hodgkin’s lymphoma, a type of blood cancer, and he is now due to undergo radiation therapy, Halim Majeed, Guyana’s Ambassador to Cuba said in a statement.

The President is expected to commence radiotherapy in early April 2019, the diplomatic envoy said.

The President, who is accompanied by First Lady Sandra Granger, and Aide-de-Camp to the President, Major Mark St. Claire, will be returning to Guyana later Saturday.

The Guyana Ambassador to Cuba said the President has successfully completed the first phase of his medical treatment in Cuba to the satisfaction of his doctors.

“The Cuban medical specialists who are overseeing his medical care for Non-Hodgkin Lymphoma have expressed their full satisfaction with the President’s response to chemotherapy and his overall physical well-being. Based on their expert evaluation of his medical condition, they have deemed it no longer necessary in the treatment of the President,” Majeed said.

Granger was diagnosed with non-Hodgkin lymphoma by the Cuban medical team at Centro de Investigaciones Médicas Quirúrgicas (CIMEQ) late last October and has been undergoing medical treatment and evaluation by specialists at that Havana institution.

On Friday, Cuban Minister of Foreign Affairs, Bruno Rodríguez Parrilla, paid a courtesy call on President Granger and congratulated him on the positive response to the medical treatment. The President noted that this is the third time that Minister Bruno Rodríguez has visited him since he has been undergoing medical care in Cuba.

President Granger is said to have acknowledged the sacrifices made by Cubans nationally and internationally and explained that from his point of view Cuba was a success story in spite of all the hardships the country was enduring.

He took the opportunity of expressing gratitude to Cuban President, Miguel Díaz-Canel, First Secretary of the Communist Party of Cuba, Army General Raúl Castro Ruz;  Narciso Reinaldo Amador Socorro, Ambassador of Cuba in Guyana, and the medical specialists at CIMEQ.

Previous: Parliament restored by Appeal Court scrapping no-confidence motion – Vice President Greenidge
Next: The hot sauce lady who did not give up