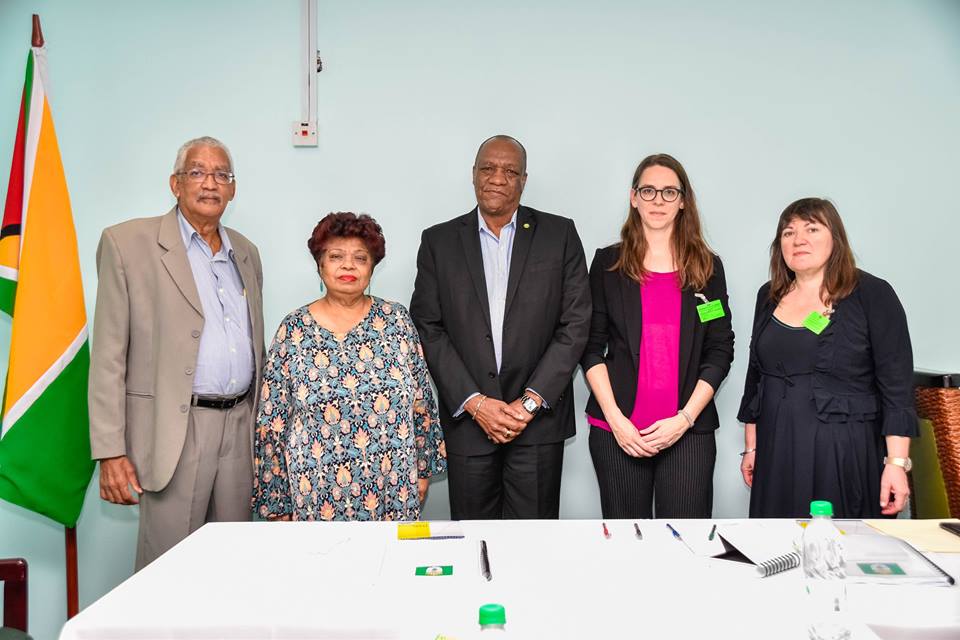 “As The Carter Center has recognized in the past, Guyana’s existing safeguards are strong and consistent with international standards for democratic elections,” the Center said.

The Centre said if a separate list of the names of overseas-based Guyanese is extracted by the Immigration Department, elections would be possible in July or August 2018.

However, the Centre noted that if the Caribbean Court of Justice invalidates the no-confidence vote, there would be no need for an election.

“The Carter Center is aware of pending decisions from the Court of Appeal and that these decisions may be appealed to the Caribbean Court of Justice (CCJ). In the event that final court rulings invalidate the vote of no confidence, elections would not need to be held this year,” the Center.

Following is the full text of the Carter Center’s statement.

GEORGETOWN, GUYANA — A Carter Center delegation led by Jason J. Carter, chairman of the Carter Center’s Board of Trustees, has been in Guyana this week meeting with key stakeholders to learn about the current challenges facing Guyana and to assess whether the Center could assist Guyanese going forward.

The Center’s visit comes at a critical moment. Guyana could move into a time of constitutional uncertainty after March 22, which marks the end of a three-month period following a contested vote of no confidence and the deadline to hold elections, unless there is a political agreement about the way forward and either a National Assembly vote or a court decision to approve an extension of the electoral timeline.

From its conversations with senior political leaders on both sides, the GECOM secretariat and commissioners, and a variety of other stakeholders, the Carter Center provides the following comments:

Background: Prior to the delegation’s visit, former U.S. President Jimmy Carter spoke with President Granger and opposition leader Jagdeo, both of whom indicated they would welcome a Carter Center team. The delegation is led by Jason J. Carter, President Carter’s grandson and the chairman of the Carter Center’s Board of Trustees and includes David Carroll and Brett Lacy of the Center’s Democracy Program.