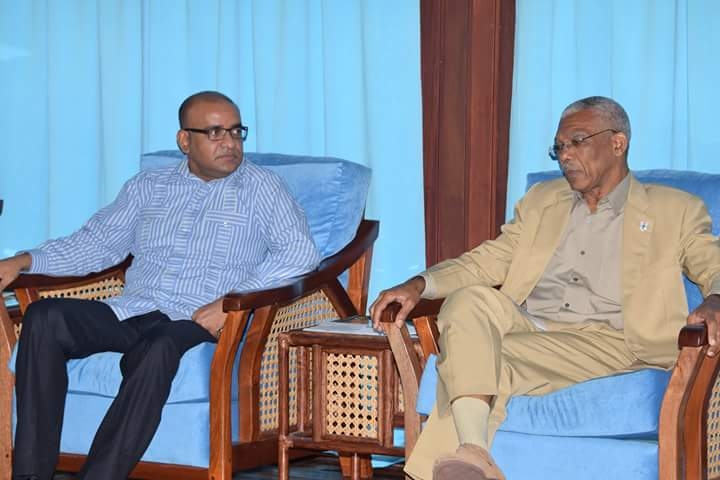 President David Granger appeared to be holding out for general elections in November after house-to-house registration despite a proposal by the United States’ Carter Center that could allow for earlier polls in August.

“In the circumstances, I am instructed to inform you that His Excellency the President intends to shortly name a date for general and regional elections in Guyana within the framework provided by the Chairman of the Guyana Elections Commission,” Minister of State Joseph Harmon told Opposition Leader Bharrat Jagdeo in a letter dated March 20, 2019.

Jagdeo on Thursday rejected Granger’s indication of a November poll, and told the Guyanese leader, through the Minister of State, that from Friday his administration would be illegal. “In the public domain, I have already expressed my view on the “framework provided by the Chairman of the Guyana Elections Commission”…one that included national house-to-house registration and General elections in “late” November 2019.

I reiterate that timeline outlined by the Chairman of the Guyana Elections Commission in his March 19, 2019 letter is totally unacceptable. I, therefore, request that you remind President David Granger that at midnight tonight his government becomes illegal,” Jagdeo told Harmon in a letter.

March 21 is when elections should have been held following the passage of a Jagdeo-sponsored no-confidence motion of 33 to 32 in the 65-seat National Assembly last December, a vote that is being challenged at the Court of Appeal.

Guyana appeared set to go to an early poll when differences arose over refreshing the list of electors. Jagdeo feels that early elections can be held because the voters’ list is still valid until April 30.

A Carter Center delegation, in a meeting with political stakeholders, the private sector and GECOM, to break the political deadlock, had proposed that the National Registration Act be used to remove the names of overseas-based Guyanese from the voters’ list to avoid the possibility of substitute voting.

Stating that the number of emigrants on the voters’ list was always his biggest concern, Alexander suggested that using the provisions of the National Registration Act to create a list of emigrants would require the involvement of the Immigration Department.

Meanwhile, Guyana’s Court of Appeal is Friday expected to hand down three interlocking decisions which would determine whether the High Court’s decision that the parliamentary motion was validly passed would be upheld.

Previous: 140 Venezuelans arrive on North-West ferry
Next: OPINION: After all the powder, colour and water