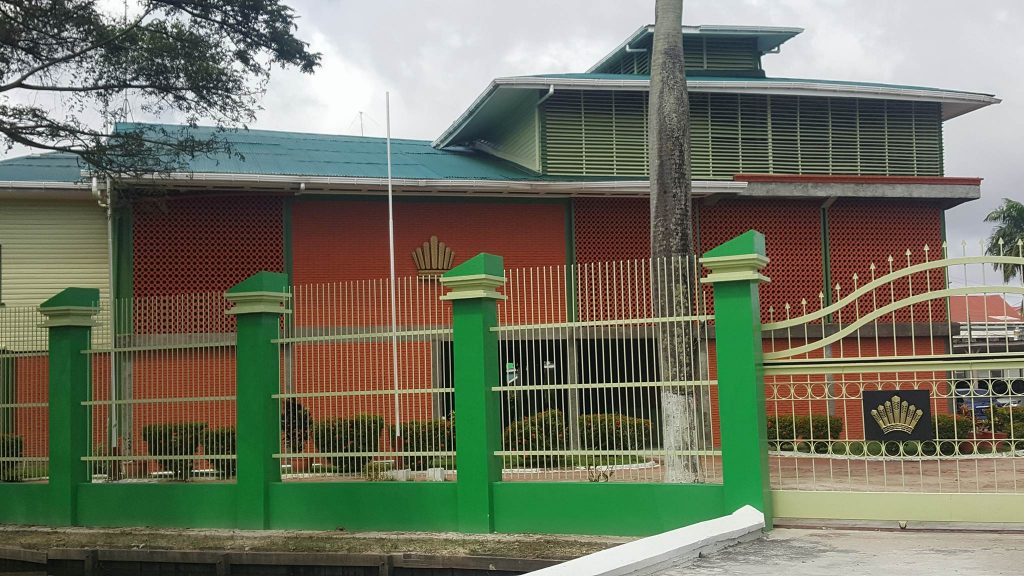 The Ministry of the Presidency.

The Guyana government on Monday cautioned Opposition Leader, Bharrat Jagdeo that his call on supporters to chase out President David Granger and other government officials from their communities could breach the peace and incite racial hostilities in an election year.

“Mr. Jagdeo has a history of wanton utterances and his most recent at Babu Jaan has serious implications on peace, race relations and national security, particularly in an Election Year,” government said.

Jagdeo issued the call to his People’s Progressive Party (PPP) faithful on the grounds that the incumbent coalition administration would be remaining in office unconstitutionally if it does not call general elections at the soonest. The Opposition Leader also reiterated that he would not agree to extend the life of the government beyond March 21, 2019 – the end of the three-month time frame after the no-confidence motion was passed last December. President Granger has already asked the Guyana Elections Commission (GECOM) to begin preparations to conduct general and regional elections in 2019.

Jagdeo’s ‘call-to-chase’ Granger, Prime Minister Moses Nagamootoo or any other government official was deemed “irresponsible”. “Mr. Jagdeo’s inciting can result in a breach of the law and must be condemned as unacceptable, malicious and mischievous,” the administration said.

The Government “notes that any call to violence or a breach of public order must be deplored.”

The coalition and the PPP are at a stalemate over whether elections should be held with the existing voters’ list that expires on April 30 or whether a brand new list should be created through house-to-house registration which could be completed by November 2019.