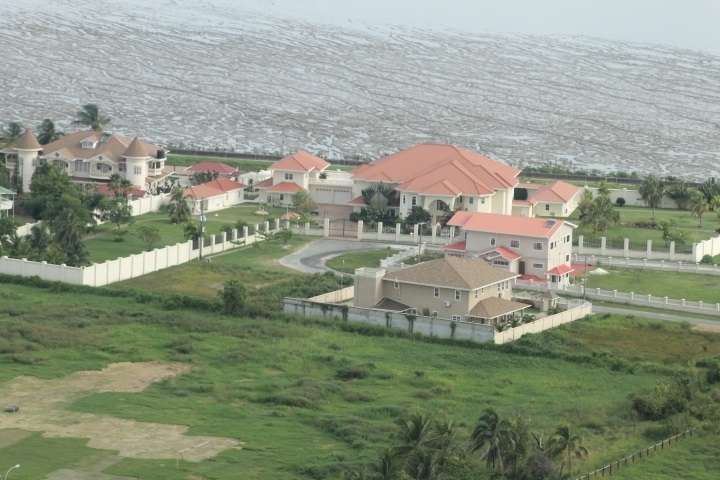 Opposition Leader Bharrat Jagdeo on Thursday confirmed that High Court marshals served him with court papers on behalf the State Assets Recovery Agency (SARA), and his lawyers plan to respond.

“I received it. My lawyers are dealing with it,” he told a news conference. The marshals caught up with Jagdeo at the Church Street-based Opposition Leader’s office.

“I didn’t even look at it. I heard it came and I told the guys to send it over to the lawyers’,” he said. Jagdeo declined to give an estimated value of his property located at Goedverwagting, East Coast Demerara. He and then senior government officials and ministers have also been sold land there and built posh houses.

He said SARA’s Director, Professor Clive Thomas was not appointed properly, and that SARA is an unconstitutional agency. He called SARA’s move a “silly adventure” that is politically motivated.

Political commentator, Ramon Gaskin several months ago challenged the legality of SARA in the High Court.

The Opposition Leader said he did not read the court papers that went through an agency (SARA) that is being run by several, what he described as, “geriatrics”. Pressed on on the value of his property and the basis for rejecting any likely offer to pay for the property, Jagdeo slapped down Prime News reporter Nazima Raghubir for “stupid question” and, instead, responding with “I don’t have time for silly question”.

While President of Guyana from 1999 to 2011, Jagdeo had frequently attacked media houses and journalists for asking him probing questions, branding them “opposition media” and “vultures”.

He had also banned government advertisements from the privately-owned Stabroek News newspaper, but this was reversed only after the Guyana Times newspaper owned by his friend, Dr. Ranjisinghi ‘Bobby’ Ramroop began publication. The privately-owned CNS-TV6 and HBTV Channel 9 had been also taken off the air during Jagdeo’s presidency.

Meanwhile, the Opposition Leader threatened that if his People’s Progressive Party (PPP) returns to office, it would go after incumbent politicians who have allegedly squandered or misappropriated public funds for their personal interest. He said measures would include civil recovery actions and deductions from pensions.

“There is a whole slew of things that are going to come,” he said.