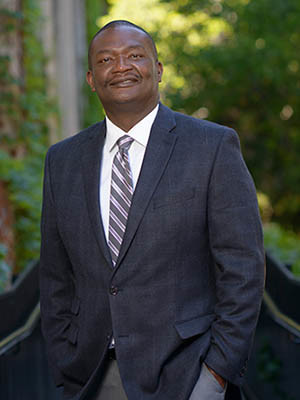 Guyanese Economist Kerwin Charles of the University of Chicago will become the Indra K. Nooyi Dean of the Yale School of Management (SOM) on July 1, University President Peter Salovey has announced.

“I am confident that Professor Charles, a renowned economist and award-winning educator, will advance SOM’s role as a global center for the study of business and prepare our students for the challenges and opportunities of a complex interconnected world,” Salovey was quoted as saying by Yale University’s Public Affairs and Communications Division.

He is the son of Reuben Charles, former Chief Fisheries Officer and his mother is a former educator. Professor Charles also hails from the village of Buxton, East Coast Demerara.

During his scholarly career, Charles, the Edwin A. and Betty L. Bergman Distinguished Service Professor of the Harris School of Public Policy, has studied and published on topics including earnings and wealth inequality, conspicuous consumption, race and gender labor market discrimination, the intergenerational transmission of economic status, worker and family adjustment to job loss and health shocks, non-work among prime-aged persons, and the labor market consequences of housing bubbles and sectoral change.

His many academic leadership roles have included running centers and programs within the Harris School and serving as the school’s deputy dean and later its interim dean. “He demonstrated a remarkable ability to work with faculty, staff, and students to advance the goals of the school, while being a sought-after collaborator for colleagues across the university and the broader academic community,” Salovey said.

After earning his Ph.D. from Cornell University, Charles joined the University of Michigan as a faculty member in the Gerald R. Ford School of Public Policy and the Department of Economics. In 2005, he moved to the University of Chicago and its Harris School.

A member of the National Bureau of Economic Research since 2002 and winner of multiple teaching awards, Charles has distinguished himself both as a leading scholar in labor economics and applied microeconomics and as a dedicated educator. He is an elected fellow of the Society of Labor Economics, serves on the boards of NORC and of the Panel Study of Income Dynamics, and is a member of the Federal Economic Statistics Advisory Committee. He also serves on the editorial board of the Journal of Labor Economics and the international editorial board of Industrial and Labor Relations Review.

“Professor Charles is committed to sharing his knowledge with the next generation of economists, social scientists, and business leaders,” Salovey said. “He has mentored scores of individuals who have gone on to successful careers in universities and colleges and in the public and private sectors. A gifted orator and writer, he has inspired young scholars to take joy in informed argument, to make a habit of being skeptical, and to pursue the truth through rigorous analysis of the available evidence.”

“Kerwin is not only a preeminent scholar and distinguished educator, he is a respected leader who can clearly articulate a vision and inspire colleagues and students alike to realize a shared mission,” said Catharine (Cappy) Bond Hill ’85 Ph.D., senior trustee of the Yale board of trustees. “He is widely admired for his strong program of research and his willingness to tackle difficult challenges — in economics and in the community. I am thrilled that he will be leading SOM, and I look forward to seeing him build on all that Ted [current SOM Dean Edward A. Snyder] has accomplished and create new avenues to ‘educate leaders for business and society.’”

“To me, SOM has always represented the idea that businesses can accomplish more when leaders develop a deep understanding of the points of intersection between business and society. Kerwin Charles understands this,” said Indra Nooyi SOM ’80.  “His research interests in labor economics, economic inequality, and racial and gender discrimination show his willingness to take on the most daunting and meaningful challenges. His demonstrated commitment to helping others reach their potential through his teaching and mentorship show that he understands how to make a community and an organization stronger.”

Charles will succeed Snyder, who was named dean of SOM in 2011. Over the last eight years, the school has deepened its connections to Yale University, creating courses in entrepreneurship and other subjects that draw students from across the university; extended its global reach—most notably by founding the 30-school Global Network for Advanced Management; and furthered a mission-based approach to management education.

“I would like to take this opportunity to express my gratitude to Ted Snyder for his exemplary leadership as dean during the past eight years. There will be other opportunities to express our appreciation to Ted; in the meantime, I look forward to the continuation of his legacy of academic excellence and global influence under Professor Charles’s tenure in the deanship,” Salovey said.