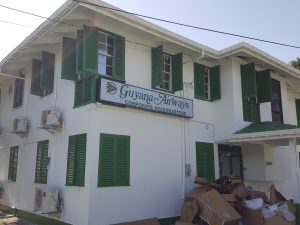 The Guyana Airways Corporation Inc. (GAC) on Wednesday won the legal right to use the name after the High Court found that the Registrar of Companies did not follow the correct procedures at the time of registration.

The decision was handed down by High Court Judge, Fidela Corbin after receiving arguments by the State and the company’s lawyer, Pamela De Santos. She said the judge quashed the decision to strike out the company and restored it on its registry.

De Santos confirmed to Demerara Waves Online News that the judge agreed with her arguments that the Registrar of Companies violated the law by de-listing the company earlier this year.

“It was unlawfully struck off. The correct procedures were not followed. In striking out a name that is registered, if they find that it is in breach of or in contravention of some law, then there are certain procedures were not followed. The Registrar has to give them sixty days to do certain things and unless that time-frame was given , then whatever they would have done would have been unlawful,” De Santos told Demerara Waves Online News.

Senior Counsel, Bernard De Santos that the Registrar could not have struck out the company two years without due notice and an opportunity to make representation or be given a hearing. He noted that the now defunct state-owned entity had divested its assets into a privately-owned entity, Guyana Airways 2000, that has also closed its doors.

“It has not filed a piece of paper in the Registry for 18 years. It has indulged in no corporate activity. It has no directors. It is a mere name,” the Senior Counsel has told Demerara Waves Online News.

GAC Inc. is using the colours and logo of the former state-owned carrier.

GAC is yet to file the necessary documentation with the Guyana Civil Aviation Authority as part of its application process for permission to operate as a commercial carrier.