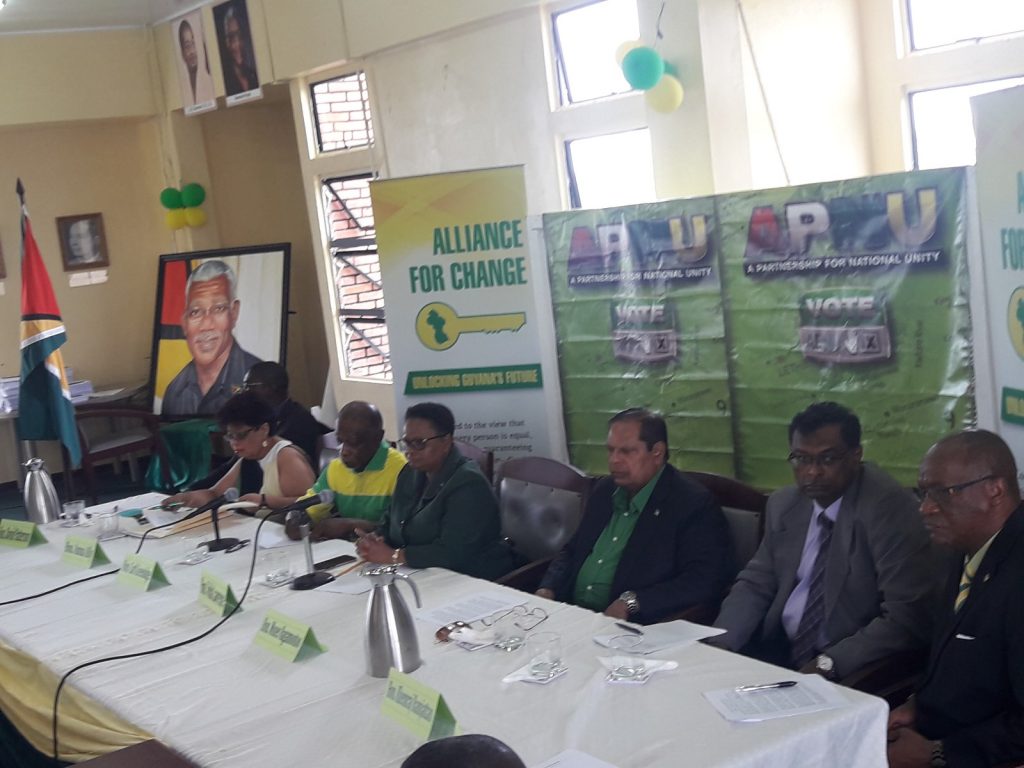 The governing coalition A Partnership for National Unity+ Alliance For Change (APNU+AFC) on Friday said it was extremely confident that all of its 33 parliamentarians would vote down an opposition-sponsored no-confidence motion against the government.

Hours later, government called off Friday’s sitting of the National Assembly and prepared for a meeting of government parliamentarians.

AFC Executive Member, David Patterson vowed that the coalition-led government “would never prorogue parliament” and would instead “stand and defend our record”. “Every single member of the government side, every single MP (Member of Parliament) will get up there and defend the record and vote resoundingly ‘no’ to this no-confidence motion,” he said.

Chairman of the People’s National Congress Reform (PNCR), APNU’s largest and most influential member, Volda Lawrence described as a “fallacy” unconfirmed reports that one of the coalition’s parliamentarians would be “bought out” by the PPP. “Let me say it loud and clear: We are not for sale,” she said.

Acting President, Moses Nagamootoo, boasting that the coalition has a majority in the 65-seat House, labelled Opposition Leader, Bharrat Jagdeo’s no-confidence motion a “provocation” that was “insensitive” to the fact that President David Granger was sick and receiving medical treatment overseas. He accused Jagdeo of using the motion to “breathe disaffection” and “stir divisiveness”.

“A minority cannot assume that it could succeed in a Parliament and it cannot assume speculatively that the alliance is divisive. The alliance is cohesive, it is united, it is strong and we are holding together,” he said to loud applause of numerous supporters of the coalition.

Nagamootoo said House Speaker, Dr. Barton Scotland would have to decide whether the no-confidence motion should be debated against the background of the impending tabling of the 2019 National Budget later this month. The motion, if accepted and placed on the Order Paper, could be debated on November 27, 2018 or later. Acting Prime Minister, Carl Greenidge described the 2019 budget as “an important budget”, the last fiscal package before 2020, for the things it needs to address. “It is I’m afraid, not in the National interest at all so I reject that assertion,” said Greenidge.

The Jagdeo-sponsored no-confidence motion, which was delivered to the Clerk of the National Assembly on Thursday, comes against the backdrop of what he cites as mismanagement, alleged corruption, failed promises, higher taxes and unemployment.