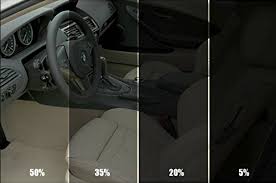 Police Commissioner, Leslie James Thursday stated that the force is working to ensure the usage of tints on vehicles, “and those of the joint services” are standardised.

The issue has been a contentious one, with several people raising concerns about the tinting by motorists of their windscreens. This move is seen as questionable since a driver’s vision can be impaired and it may be a contributing factor in accidents.

Speaking at his first press conference, the Commissioner said a “soon to be published document is being finalised on the use of tint.”

He  was quoted by government’s Department of Public Information as saying, “I know it is something that keeps recurring and it is something we need to address because there are citizens who feel that they are at a disadvantage where they would see persons who might be policemen or military men who are by themselves carrying tint….We will examine it and standardise it, and once it is standardised I think the citizens will feel a little better… that there is a level playing field.”

Currently, only those owners with vehicles that have a manufacturer’s tint are eligible for a tint waiver by the Ministry of Public Security.