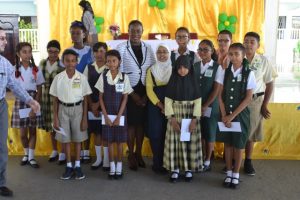 President David Granger on Wednesday boasted improvements in education performance since 2016, and steps were being taken to were the result of additional teacher training.

Addressing the Parliament, he said “targeted interventions, especially in numeracy and literacy, have resulted in improved performance in the National Grade Six Assessment.”

The President said steps were being taken to improve the performance of all learners a menu of measures to enhance the quality of education was being implemented.  “Some of these measures that have yielded the most success, especially at the primary level, include teacher training the provision of resources and targeted interventions,” he added.

More than 3,500 primary school teachers, he said, have been equipped with the necessary pedagogical skills for quality delivery of the curriculum.

The Ministry of Education, recognising that the use of resources is integral to enhancing achievement of learners, he said, has procured resources for all primary schools. Granger said those resources include textbooks, musical instruments, micro-science kits, and toolkits for mathematics, literacy and social studies.