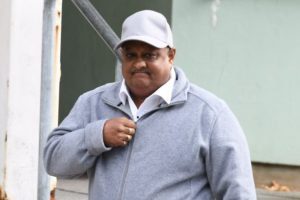 An evil member of staff has been caged for 16 years for raping an elderly resident with dementia at a Plymouth, United Kingdom care home.

But he left behind a condom containing his DNA at the Freshfields nursing home in St Budeaux, Plymouth Crown Court heard.

Callous Ramkishun tried to cover up by planting other condoms around the home and involved his innocent wife – a duty manager there.

The victim has since passed away.

Recorder Donald Tait told the sobbing defendant: “For the families of elderly relatives who can no longer be looked after in their own homes, this represents their worst nightmare.

“They place the day to day care of their loved ones in places such as Freshfields.

“I turn to the defendant, for your own sexual gratification, you took advantage of an extremely vulnerable lady. You then tried to cover your tracks and potentially incriminate other members of staff.

You are an evil individual. This is one of the worst offences of its type.” 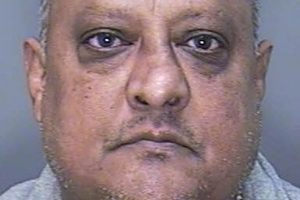 She broke down in tears in the corridor, supported by other members of the staff.

Ramkishun, a grandfather, broke down into sobs as he was taken away to start his sentence, watched by his wife Ivorine.

Mrs Ramkishun, who gave evidence on her husband’s behalf, remains working at the home.

The jury took less than an hour to unanimously find Ramkishun guilty of rape after a four-day trial.

Ramkishun, a former sugar plantation foreman in his native Guyana in the West Indies, had denied raping the 76-year-old between June 8 and June 11.

Carers found a condom containing his DNA on her body, the court heard.

Ramkishun, of Victoria Road in St Budeaux, claimed he had accidentally picked up the condom after it had been recovered and then shook it – in a desperate bid to explain away the DNA.

He also planted two condoms in pockets of other members of staff and pulled out another from the clean laundry in an attempt to confuse any investigation.

David Sapieca, the prosecuting barrister, said the woman’s widower was “extremely distressed” by the offences six months before she died. He added they had children in their 30s.

He added: “She was helpess. She was unable to resist, report nor accuse”.

Recorder Tait said: “I have heard from a number of members of staff at the care home. They are extremely caring and passionate about the job they do. Some have been doing it for many years and I have no doubt that what happened to (woman’s name) has hit them very hard.

Perhaps worst of all for them, the perpetrator of this dreadful crime, this defendant, was there in their very midst as a trusted colleague.

“Perhaps worst of all you involved your wife of 32 years in an attempt to support your elaborate defence.”

The judge said that Ramkishun had access to all the rooms as part of his job delivering clean laundry.

He added that the defendant also knew the routine so he could choose the moment for his offence.

Recorder Tait said that he believed that Ramkishun must have been disturbed by someone, so that he left behind the condom.

Ramkishun was suspended from the care home after his DNA was recovered.

Detective Inspector Stephanie Blundell from the Public Protection Unit in Plymouth said after the case: “Today we have welcomed the sentence of Himwanth Ramkishun for the rape of 76-year-old woman who suffered from dementia.

“This has been a lengthy and protracted investigation, made more challenging by the denial of the suspect throughout.

“Sadly the victim passed away prior to the case being brought before the court but it was nonetheless important to seek justice on her behalf.

“I would like to thank victim’s family, who have worked closely with police throughout the investigation and have conducted themselves with great dignity.”