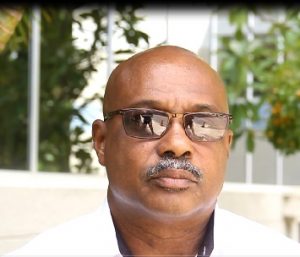 Coconut producers and vendors in Guyana and other Caribbean Community (Caricom) member states will soon have to abide by new food safety standards for coconut water after scientists found a high percentage of bacteria though no one has been sickened by coconut water, officials said Wednesday.

“We collected samples of coconut  water from a number of countries, from the side of the road, from supermarket shelves from processors places and we ran an analysis on those. and those results were somewhat discouraging,” he told reporters in Barbados where the Caribbean Week of Agriculture 2018 is being held.

Resources for the coconut development project were provided by the European Union (EU), through the African Caribbean Pacific (ACP) Secretariat. The project is being implemented by the International Trade Centre in Collaboration with CARDI.

In Guyana coconuts at public markets are stored on the ground. Water is sometimes sold in recycled plastic bottles and the same funnel is used on consumers’ bottles they bring to take away for use at homes or restaurants.

Clarke said the Caribbean Regional Organisation of Standards and Quality (CROSQ) has since fine-tuned the regional standard for coconut water. That standard now provides for acceptable levels of heavy metals and coliforms, and how to wash and store coconuts.

“This is very much part of everyday life because we have to ensure that we do nothing to destroy the confidence of the consumer relative to consuming these products,” the CARDI official said.

Managing Director of Technological Solutions  and Chief Executive Officer of Technical Services Limited, Dr. Andre Gordon said his agency worked with CARDI and CROSQ to develop a standard that takes into account the different ways the coconut industry is structured in each country. 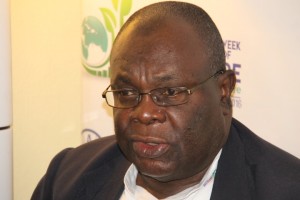 “We have a standard that speaks specifically to what the naturally packaged coconut water should be like; what kind of food safety standard it must meet and specifically we looked at making it free from anything that could cause illness,” he said.

“Good practices” include how to pick, handle, wash, sanitise, harvest the water from the nut, packaging freezing or chilling the water.

Coconuts should be lowered into trolleys  or trays instead of touching the ground. “People will say ‘well it’s a coconut so does it matter?’ Well, it does because whatever goes on the outside of the coconut, if it’s not effectively removed ends up in the water when the nut is cut as our research has shown,” Gordon told reporters.

Officials said coconuts on the ground can come into contact with rat urine and animal faeces which could potentially pollute the water during harvesting.

After the coconuts are washed with an effective detergents to remove the contaminants from the surface, he said they are sanitised and placed on stainless steel tables for puncturing or cutting with sanitised tools to remove microorganisms that can cause the water to spoil.

“Some if present, may cause illness although we haven’t found any evidence of coconut water ever being implicated in illness from most of the major microorganisms but want to make sure that once it comes from the Caribbean, any country in the Caribbean following these practices – people can be certain that there is no risk whatsoever of them getting sick,” said the experienced scientist who has also worked in Guyana, Jamaica, St. Vincent and the Grenadines.

The TSL official said if the best practice guide is followed coconut water, the extended shelf-life has moved from three days to 10, 14 or 21 days. He added that frozen coconut water could be keep for four to six months, and if thawed it could keep 7 to 10, or  14 days.