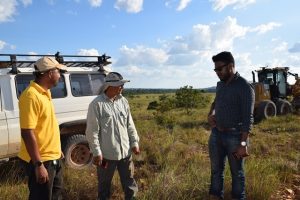 Residents of South Rupununi can now travel with ease in and out of their communities following the repairs of several roads in various communities, government reported Tuesday.

The relief came within three weeks following diligent work by the Ministry of Public Infrastructure to repair access roads and bridges to facilitate the collaborative drilling of wells in South Rupununi, by the Brazilian and Guyanese armies.

Hinterland Engineer, Jeffrey Walcott explained to the Department of Public Information (DPI) that the roads in the South Rupununi have not been upgraded for years because of various impediments. He, however, said the newly done roads are expected to withstand the elements of weather and last long after the wells have been drilled.

“For a long time, we haven’t done much work in the Deep South and it was a good opportunity to rehabilitate the roads. The Deep South is very unique and the areas are very difficult to get to. It takes a substantive amount of resources to mobilise to these areas, especially for the contractors. It’s not something we were unable to pull off, but there were some challenges,” Walcott was quoted as telling government’s Department of Public Information.

The project was divided into three lots with Lot One being Lethem to Aishalton (North to South), Lot two Aishalton to Shea (South to East) and Lot Three Aishalton to Baishaidrum (South to West). 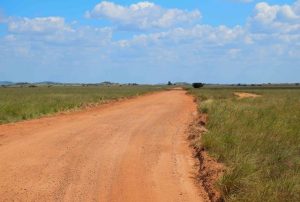 A section of the upgraded Aishalton Road.

Walcott informed DPI that the first Lot is almost completed, with some minor polishing of the road remaining, Lot two is completed and Lot three, a joint venture between the Guyana Defence Force (GDF) and a local contractor should begin shortly.

The final Lot is expected to be completed in time for work on the last two wells to begin.

In the interim, the plan is to ensure continued maintenance and minimal deterioration of the completed roads during the well-drilling exercise.

“We’re working to improve the roads within this area so we will include them in our maintenance programme for 2019. I appreciate the support from all the agencies. The Civil Defence Commission [CDC] was instrumental in bringing together the agencies and I can appreciate how much you can get done once there is collaboration and proper planning,” Walcott explained to DPI.

The roads upgrade was fast forwarded following a request from the Government of Brazil, through the Ministry of Foreign Affairs, to ensure that those roads which will be used to access the eight communities, in which wells will be drilled, can accommodate the flow of vehicles and equipment.