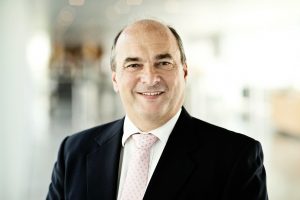 Mr. Matthew Wilks, an experienced senior oil and gas business developer and negotiator, has been appointed Oil and Gas Adviser in the Ministry of the Presidency’s Department of Energy, government announced on Tuesday.

Mr. Wilks has 32 years of experience in the global oil and gas industry, spanning all segments of the energy value chain including exploration and production, liquid natural gas, pipeline transportation, power generation, and project financing.

Wilks’ appointment comes weeks after the appointment of Dr. Mark Bynoe as head of the Department of Energy.

Mr. Wilks previously held management responsibility for international asset management and joint venture operations.  During his career, he has worked for, or opposite, several heads of state, other senior government officials and senior corporate executives.

Mr. Wilks, who will be based in Georgetown, has worked in Asia, East Africa, Europe, the Middle East, and South America, and had corporate portfolio responsibility for assets in Central Asia, the Levant, and North Africa.

Mr. Wilks, most recently, was Chief Commercial Officer at Maersk Oil, where he was involved in projects in Angola, Kazakhstan, Kenya, Norway, and Qatar. Before that, Mr. Wilks worked at BG Group where he was Country Manager for Tanzania at the time of significant offshore discoveries and rapid sector development there.  He worked on projects in Bolivia, Egypt, Libya, Palestine, and Thailand, also at BG Group.

Mr. Wilks was born in Australia, and grew up in Kenya. He earned a BSc Tripartite in Mathematics, Physics, and Chemistry and a BSc Hons in Applied Physics from Robert Gordons University, Aberdeen.