Policemen arrested in connection with killing of Brazilian miner 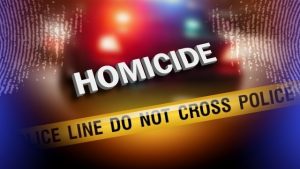 A Guyana Police Force Corporal and a Constable have been arrested in connection with the alleged murder of a Brazilian miner at Puruni District on Saturday.

The policemen, who are based at Kurupung Police Station allegedly abandoned the station Friday morning, leaving on an All Terrain Vehicl (ATV) for patrol duties.

Amed with a.30 carbine rifle , they subsequently joined a boat and proceeded to a Landing along the Puruni River.

The Guyana Police Force said on arrival at the Landing  at about midday on Saturday, the Corporal claimed that he remained in the boat while the Constable armed with the rifle,exited and proceeded to a shop and shortly after two loud explosions were heard which caused him (the Corporal )to proceed to make enquiries.

The Subordinate Officer also mentioned that the Constable told him that a male discharged a round at him and he returned fire.

The body of a male Brazilian was seen lying on the ground a short distance away; he was picked up, placed in a boat and taken to the main Landing.

About the same time another Subordinate Officer and a Detective Constable of Bartica Police Station who were in the said area on duty investigating a report of alleged threats, arrived at the scene and took possession of the firearm which was in possession of the Constable and alerted the Divisional Commander.

A senior police officer and a team of Detectives wete dispatched to the location Saturday evening,to investigate.

Police said arangements are in place for another Subordinate Officer and three Constables to be dispatched to Kurupung Police Station and this process will be completed by Sunday evening.