Cash transfers of some oil earnings to the poor a good idea but must be linked to job creation, improved access to social goods, tax compliance- experts 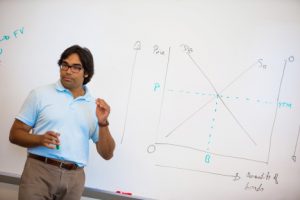 A recommendation by Distinguished Economics Professor, Clive Thomas that cash from oil earnings should be transferred directly to poor Guyanese on certain conditions was Tuesday welcomed by two United States-based Guyanese experts..

Economics Professor, Tarron Khemraj  supported the idea of cash transfers but highlighted the need to make those funds work for people in the long-run. “While cash payment is very important for poor people, we have to think about incentivising it. As most of the economics literature will tell you, you have to make sure that people are using it for positioning it for long-term labour supply, going out in labour market, upgrading your skills, getting an education and all these things,” he told Demerara Waves Online News.

Professor Khemraj said he interpreted Professor Thomas’ recommendation in the context of whether oil revenues would really trickle down to the poor. Only recently, Khemraj said Saudi Arabians were being forced to work because for decades they had not been incentivised to create businesses or seek competitive jobs.

Khemraj stressed the need for an evidence-based study on whether remittances discourage people from seeking work in order to ascertain whether cash transfers from oil earnings would have a similar wider impact. “That will present some insights into the future of how people might respond to these cash payments,” Khemraj told Demerara Waves Online News.

Professor Khemraj said he was not concerned about the impact of an annual cash transfer of a few hundred dollars per household would have inflation. “If the cash payments are tiny, a few hundred dollars per year. It might not have a big inflationary effect, targeted to very poor people; I don’t see it having any inflationary effect for that matter.. However,  if it’s a very large payment targeted to a large number of people, I could see it potentially generating inflation through pressures on the exchange rate because it’s going to stimulate a demand for imports,” said Khemraj who is a columnist for the privately-owned Stabroek News newspaper. On the other hand, he acknowledged concerns by Executive Member of the Guyana Oil and Gas Association (GOGA), Nigel Hughes that cash transfers could be used by politicians to make election promises to the electorate which, if kept, could spark inflation. “If what you have is a year before election, there is a massive stimulation through cash payments…Actually, the political business cycle can spiral out into inflationary problems. That’s where the risk comes in,” he said. He recommended that fiscal rules be put in place to guard against cash transfers related to the political business cycle.

Khemraj said he was in favour of conditional cash transfers for poverty-afflicted Guyanese on conditions, identified by Thomas, such as gaining access to education, removing children from labour to school and improving health. “I think very early, yes, if cash payments are for the very, very poor it must be for specific purposes such as taking care of health, school uniforms, books, things linked to education, training; returning to school by those who did not pass their CXC (exams),” he said. Professor Khemraj advised Guyana against speaking about merely cash payments, but “conditional” transfers instead of creating the impression of “blanket” transfers”. 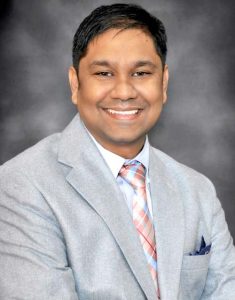 recommendation for conditional cash transfers to the poor and powerless, but said the amount should be capped at US$90 million annually.

In addition to what might very well be Professor Thomas’ initial list of conditions, Singh said Guyanese should not receive oil revenues directly unless they are registered taxpayers with the Guyana Revenue Authority, and on the database of the National Insurance Scheme (NIS) to remove social security and tax evasion. “If you are on the NIS register and the tax register, that’s the only way you are going to qualify to benefit from any payout from this oil money” he said.

Singh justified the US$90 million annual limit, saying that if a large amount is transferred directly to ordinary people “it would stoke inflation”. “It makes a lot of political and economic sense to distribute some of the resources down to the citizens but no so much because it will blow the economy up so I don’t know how he is going to control inflation”. Singh argued that if everyone decided to spend the suggested amount of US$5,000 annually, Guyana would be unable to sustain an explosion in the money supply.

The Guyana government, he said, would be unable to dole out large amounts of monies annually even if the country earns more from additional oil  discoveries and production because some of it has to be saved in a Sovereign Wealth Fund and the rest spent on much needed big infrastructure projects. “It shouldn’t change. Any gains should be given to special projects funds and also in that special projects should be UG (University of Guyana), the health system, salary increases for teachers and nurses, but also you have the long-term Sovereign Wealth Fund,” said Singh who holds a Masters Degree in Finance.

The Financial Analyst said the construction of road or rail to Brazil would be one of the major contributors to Guyana’s economic sustainability long after the oil has been exhausted.

Professor Thomas floated the idea of direct cash transfers to poor Guyanese last Sunday at a public forum held at the Friendship Primary School, East Coast Demerara. The event, which was organised by the Buxton First of August Movement, focussed on the topic “The Coming Oil and Gas Economy: Prospects for Empowering the Poor and Revitalizing the Village Economy”.