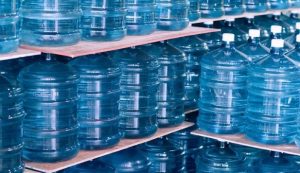 The Guyana government’s Analyst- Food and Drug Department on Thursday said a recent check on water processing factories has shown that several of them are unlicensed and producing water that failed bacterial and chemical tests.

Based on 87 water samples collected over a six-month period from 29 water processing facilities in Georgetown and Greater Georgetown, the agency said 15 or 17% were found to be “unsatisfactory”. “Samples were analyzed for microbiological and chemical parameters to verify compliance with safety requirements,” the Food and Drug Department said in a statement. Of the 29 facilities that samples were taken from, the agency said 11 were unlicensed.

The Department also signaled that if water processing factories do not obtain licences, they would be the subject of a ‘name- and-shame’ campaign. “Processors who insist on operating without a valid license will be asked to cease operation and in the coming months this exercise will be repeated and a list of approved facilities will be published,” the department said.

The inspections conducted in Georgetown and Greater Georgetown also prompted the department to urge water companies not to use the same funnel to dispense water to different bottles and ensure that bottles are properly cleaned, sanitized, labeled and sealed. 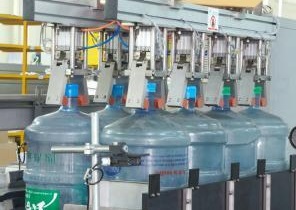 Against that background the Food and Drug Department called on all water processing factories to conform to all the department’s requirements for the sale and treatment of treated water in five gallon bottles.

Consumers were also told to demand that water processing factories show them their licences. “Consumers are advised when purchasing treated water from various water processing factories to ensure they are properly labeled and sealed and to report any company that fails to comply with the department’s requirements as it relates to the sale of treated water to the general public,” the Analyst’s Food and Drug Department added.

Government indicated that the campaign would be extended to other parts of the country as the  National Food Safety and Control Committee (NFSCC)  will ask Environmental Health Officers to begin inspection, sampling and submission of results.