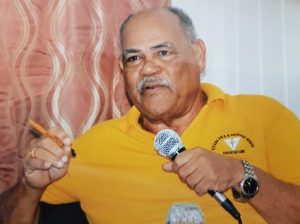 Shields died on August 1, 2018 in the United States (US) where he had gone for medical treatment.

“The GGDMA mourns the loss of this mining stalwart. His guidance and tenacity will be missed. He was a friend of the miners and a champion for miners rights in Guyana,” the association said in a statement.

He was a former Executive Secretary and GGDMA Founder-member.

He was a Vietnam veteran, joined the mining association in 1984 and served it faithfully until his passing.

The GGDMA said Shields’ body would be cremated in the US and a memorial service and wake would be held in Guyana at a date to be announced later.