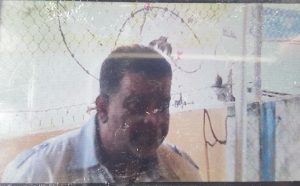 A 50-year old man, who was charged with being in possession of a large quantity of marijuana and cocaine, was remanded to prison until next month, despite a bail application on the basis of special reasons.

Azim Bash of Phase One, Good Hope, East Coast Demerara was charged with being in possession of 91.1 kilogrammes of cocaine and 56 kilogrammes of marijuana.

Baksh pleaded not guilty and was remanded to prison until 10th August, 2018.

Defence Lawyer, Bernard Da Silva was unsuccessful in securing bail for Baksh on the grounds of special reasons.

He said at no time was his client in possession of the cocaine or linked to the boat  in which the drugs were found.

D’s Silva told the court that his client was driving in the area when he was intercepted by agents of the Customs Anti-Narcotics Unit (CANU) and taken to an area, put to kneel down and admit that the drugs were his house.

“The defendant was never in possession of any narcotic. He was taken to his residence, it was searched and nothing of evidential was found”  Da Silva said.

CANU prosecutor, Konyo Sandiford told the court briefly that Khan was charged based on surveillance. He was seen speaking with other persons.