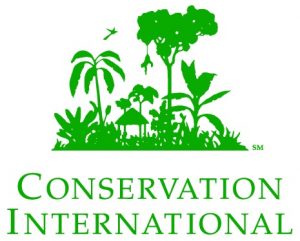 The United States-headquartered environmental organisation, Conservation International (CI), on Friday assured that although it took a US$10 million grant from ExxonMobil Foundation for capacity building in oil-rich Guyana, its independence was still intact.

“As a science-based organization in a unique position to help Guyana achieve its green development goals, Conservation International determined that this effort will achieve its goals while also maintaining our absolute independence,” CI spokeswoman, Salma Bahramy said in response to several questions by Demerara Waves Online News.

“Our agreement includes language reinforcing our independence from Exxon Mobil and objectivity on its operations,” she added.

She added that the deal with ExxonMobil Foundation that would see collaboration with the University of Guyana was crucial to the South American country’s development.

“As long-time partners of Guyana’s commitment to its people and ecosystems, Conservation International is confident this is a necessary step at this critical time in Guyana’s development,” the CI official said.

She did not say what is the exit mechanism if ExxonMobil decides to pressure CI into remaining quiet on an environmental matter concerning that company specifically or the oil sector in general in Guyana or globally. 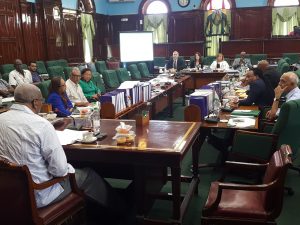 CI said it “respectfully” acknowledged Chairman of Guyana’s bipartisan parliamentary committee on natural resources, Odinga Lumumba’s concern about conflict of interest and the possibility of that environmental organisation being muzzled

“You are saying to us today that you know that Conservation International is seen around the world as a watchdog of the environment. You don’t see this as a conflict in partnering with the watchdog? In essence, you have taken CI out of the domain of being a watchdog of any issue in Guyana with oil spills, environmental problems, etc. CI can no longer be a credible factor in this game and I am saying that Exxon being a reputable company, being a strong company and a powerful company must know this,” he said.

ExxonMobil Foundation earlier this month announced that it would contribute US$10 million to a new collaboration with Conservation International and the University of Guyana to train Guyanese for sustainable job opportunities and to expand community-supported conservation.

The Foundation said the investment is also intended to support Guyana’s Green State Development Plan, the country’s 15-year development plan that aims, among other things, to diversify Guyana’s economy and balance economic growth with the sustainable management and conservation of the country’s ecosystems.

Conservation International has been working  in Guyana for over 20 years in over 50 communities to help protect nearly three million acres of indigenous lands while improving livelihoods.