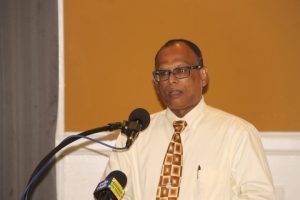 Cambios and money transfer entities are to come under intensified scrutiny, against the background of an assessment showing that in Guyana money laundering is “high” and financing of terrorism is “medium”, officials said Wednesday.

The announcement was made at Guyana’s Money Laundering and Terrorist Financing (ML/TF) National Risk Assessment (NRA) Seminar that was held to assess implementation efforts by the several government and private sector agencies that were a part of Guyana’s first NRA exercise conducted during 2016/2017.

Director of the Bank of Guyana’s Bank Supervision Department, Ramnarine Lall said the risk-based supervisory approach for  money transfer services and cambios as they relate to money laundering and terrorist financing  would be completed by year-end. “The Bank Supervision Department was given the responsibility because we recognise that money transfers and cambios are high risk, based on the National Risk Assessment, we wanted to put them under proper supervision and intensive supervision,” he said.

Lall said the Central Bank was finalising a guideline to supervise money transfer services and cambios, following on from revised guidelines for banks and non-banks that were completed in June, 2018 and insurance companies that were done in January, 2018. Insurance companies, he said, are expected to be inspected later this year.

He explained that the supervisory authority could go as far as customer due diligence if someone frequently transfers monies from Guyana to countries that are listed on terrorism watch lists. ”

The Bank of Guyana, he said, could be asked by the minister to put the Institute of Private Enterprise Department (IPED) and the Guyana Telephone and Telegraph’s Mobile Money Guyana (MMG) under its supervision. 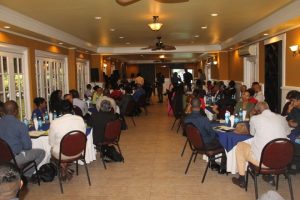 The Bank Supervision Director noted since the Bank of Guyana has been supervising money transfer services and non-bank cambios, “we have had two examinations of the largest money transfers and those reports are out”.

Attorney General, Basil Williams told Demerara Waves Online News that the NRA has ranked Guyana’s money laundering profile has been ranked “high” and terrorism financing as “medium” based on data received.  He said some cambios were recording unusual transactions and person having transferred US$50,000 every other two weeks to certain countries. “A lot of this underpins that kind of activity where people use the system to launder money,” he said.

The remittance system, he said, could no longer be used to transfer “dirty money”, as part of overall efforts to minimise gaps in Guyana’s assessment by the Financial Action Task Force. Sanctions could include counter measures, trade, banking and other business restrictions.

Asked what was being done with those persons who have engaged in suspicious transactions, Williams said eventually they would be charged by the Special Organised Crime Unit (SOCU) in collaboration with the Financial Intelligence Unit (FIU). “If people are not charged, it is clear that we will be going into the swimming pool for the fourth round of mutual evaluation” by the Financial Action Task Force. “For you to be effective, you have to have a lot of suspicious transaction reports sent to the FIU. FIU must then do its analysis and send out these things to SOCU. You must have investigations, you must have charges and you must have trials and convictions. If you have one or two, that’s ineffective,” he said. 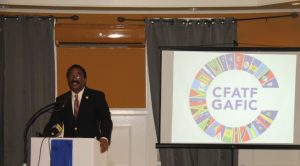 NRA Coordinator, Alicia Williams told the opening session of the seminar that the risk assessment exercise was conducted by a 74-member working group from February 2016 to April 2017 with assistance from the World Bank and the Inter-American Development Bank. Agencies and sectors assessed included banking and financial sectors, diamond and gold industry, Guyana Police Force, Guyana Revenue Authority and the FIU itself.

Williams said the risk-based approach to money laundering and terrorist financing would allow Guyana to place greater attention to high risk areas. “It’s very important and that’s why everyone has to be engaged, including the ministers and ministers in Cabinet because we don’t have all the resources in the world and we don’t need to spend money in an area that you don’t need to spend when you have high risk areas,” said the Guyanese Attorney General.

He said if Guyana rating remains high at the 2022 assessment, the country would have to outline the steps being take to address them. The NRA was conducted in keeping with a recommendation by the FATF to allow them to know the risks to take actions to  reduce them.