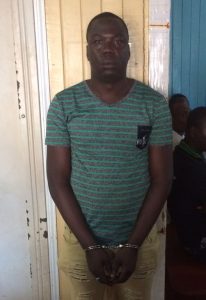 A former policeman and his accomplice have been jailed for a gunpoint robbery committed on a gold miner at the Mackenzie Market last year December.

His sentencing came 12 days after his accomplice, 29-year old Shawn Archibald, changed his plea to guilty and was sentenced to four years imprisonment and fined GY$75,000. Archibald pleaded guilty before video surveillance footage was shown in court.

One of the robbers reportedly shouted that “you owe me from the bush” and pulled off the chains from Campbell’s neck, after gun-butting him. They fled the scene in a waiting silver grey Toyota Allion bearing licence number, HC 5801. 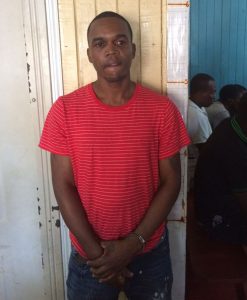 Thirteen days into 2018, two separate identification parades were held and Archibald and Waldron, both of 1832 Unity Place North Ruimveldt, Georgetown, were identified as two of the perpetrators.