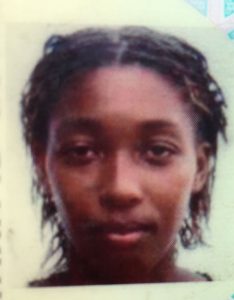 A woman, who lived at Limlair Village, Corentyne, was late Wednesday night stabbed to death and her assailant has attempted to commit suicide.

The Guyana Police Force said he has since been admitted to the Port Mourant Hospital under guard.

The woman has been identified as 28-year old Tovanie Simmons of 2nd Street, Limlair.

Sources identified the attacker as 30-year old Imran Lyte who is a farmer.

Investigators said an eyewitness told them at about 11:20  the suspect stabbed Simmons multiple times about her body and fled the scene.

Layne moments later drank a poisonous substance and was rushed to hospital by relatives.

Police said the suspect went to Simmons’ home to discuss a matter involving her brother which allegedly occurred last Sunday when a heated argument ensued and the suspect whipped out a knife and fatally stabbed his victim in the presence of a very close relative.

Demerara Waves Online News was told that Layne and Simmons’ brothers fought several days ago and he went to the woman to discuss the incident when a heated argument erupted that led to the stabbing.