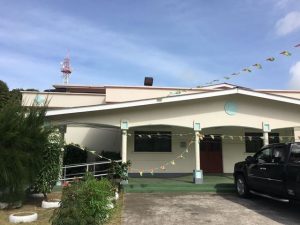 After an almost three-year hiatus the National Ophthalmology Hospital at Port Mourant, East Berbice-Corentyne is once again functioning. Laser cataract surgeries as well as those for normal cataracts are currently being done.

Region Six’s Director of Regional Health Services Jevaughn Stephen,  noted however that the operations have not yet fully resumed.

“Work has not picked up to the full pace as we would have liked. We have new equipment and new personnel, so, as we are get back on stream and being mindful of the loads of the machine, we don’t want to overload the work schedule as yet. However, I do believe within the next 14 days we should be back at full peak,” was quoted by government’s Department of Public Information as saying.

Stephens noted that as a result of the break in operations, there was a buildup of over 2000 cases requiring surgery and every effort is being made to clear the backlog first. This is being done even as new cases are coming in, however each case is assessed and based, on the evaluations, priority is given to the more critical cases.

Additionally, to help better boost efficiency, the Guyana Medical Relief Mission made a donation of Ophthalmology equipment, drugs and medical supplies on May 24.

Despite the facility being unable able to conduct surgeries for the past three years, screening, testing and other services were still offered.

Previously drugs, equipment and medical supplies were supplied to the facility through the Cuban Government, this ceased after that contract was halted suddenly, the Regional Health Director noted.

Efforts to understand why the contract was stopped were unsuccessful however recognising the important role the Ophthalmology Centre played to Berbice residents, the Regional Administration and the Government decided to purchase the necessary drugs. They also wrote to the Guyana Medical Relief Mission for assistance and were successful in covering the initial startup through assistance from donor agencies and the regional health budget.

The National Ophthalmology Hospital was constructed in July 2009 and has treated thousands of patients from Guyana and the Caribbean. The facility has the capacity to conduct some 10,000 surgeries annually.