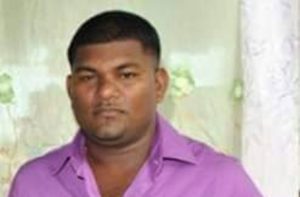 “I would have preferred him working to tell you the honest truth,” Ramjattan told a news conference at the Alliance For Change headquarters, though he was somewhat reluctant to discuss the issue.

The Guyana Police Force announced that with effect from Tuesday, May 22, 2018, Dookie “proceeded on special leave in the public interest, on full pay, as directed”. Ramjattan said he would have preferred the Police Service Commission to take disciplinary action.’

Dookie, then Head of the Special Weapons and Tactics (SWAT) unit, got into trouble last year after he was caught in December, 2017 allegedly smuggling several bottles of alcohol.

The Public Security Minister, however, vowed that he would not be removing the several other senior police officers who have been cited for indiscretions in recent months. “They will stay. I will not be removing the other seven or eight of them,” he said. “I am not going to go and attack other senior members who have also done something because we need senior members in the police force, notwithstanding their indiscretions to manage it,” he said

Ramjattan said Felix was performing the duties of Public Security Minister because his decisions taken are “valid and legitimate and legal”. “It is a matter of opinion and opinion was given a decision made and I am not going to do all kinds of disagreements with my fellow colleague Cabinet member,” he said.

Felix is from the People’s National Congress Reform/A Partnership for National Unity.