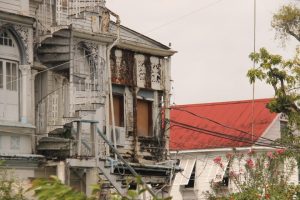 More than GY$400 million are now needed to restore the dilapidated Georgetown City Hall that has been poorly maintained for several years, even as a European Union (EU)-funded restoration plan nears completion, officials said Wednesday.

After the opening of a one-day consultation on a ‘Comprehensive Restoration Plan and Sustainable Conservation Management Plan for City Hall,” Town Clerk Royston King told reporters that government, private sector and other stakeholders would have to be approached to fund the actual restoration of the heritage site.

King said the municipality was cash-strapped to finance the project because properties in the City have not been valuated for several decades. He said 10 years ago local estimates to rehabilitate the Gothic architectural structure had been about GY$400 million, and since then the cost has skyrocketed.

“It continues to deteriorate. Perhaps we will need a bit more. We really need to look at it,” he said.

Earlier this year, City Councillors agreed to summon the private sector, government and other stakeholders to discuss the establishment of a fund. The Town Clerk identified priority areas for the crumbling building. 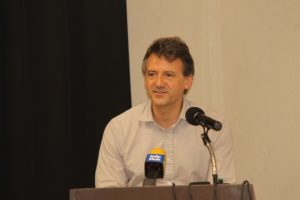 Francis Maude, Specialist Conservationist said discussions were held with the Inter-American Development (IDB) to ascertain whether there was funding available for such a project, and the Guyana Forestry Commission for the procurement of local timber.

Maude said the entire building has been already examined “in order to understand every element of its structure”,  “looked at the capacity of the local construction industry to undertake the reporters” through visits to a specialist joinery and iron foundry and reproduced full-sized drawings.

City Mayor, Patricia Chase-Green, who has been a councillor since 1994, said City administrators have ignored a recommendation by the Guyana Fire Service that occupants should vacate the building, but “we understand that if we vacate, it would deteriorate faster.  She expresses optimism that the rescue plan would eventually fructify for the first time in more than 20 years, even as she recounts her experiences as an occupant.

European Union Ambassador to Guyana, Jernej Videtič said the aim is to develop a “comprehensive green restoration plan and sustainable conservation management plan” for “the most handsome building” and use the models as a pacesetter for other buildings. 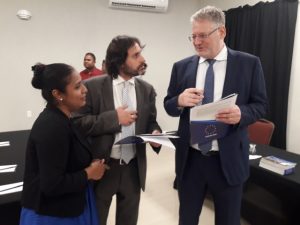 Chief Executive Officer of the National Trust, Nirvana Persaud appealed for swift action to begin rehabilitating the 129-year old building after the final plan is delivered to Guyana in July, 2018.