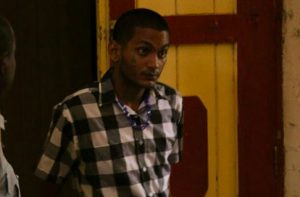 A tearful and apologetic prisoner on Friday admitted to calling 911 and threatening to kill President David Granger.

Aleem Ally was convicted on three counts of threatening language and one count of causing public terror on Nov.19,2017.

With teary eyes, he apologised to the police ranks for what he did and asked the court to be merciful to him,  accepting he did something wrong

The Guyana Police Force in a statement said he was sentenced to one month on each of the threatening language charges and six months for the other.

The sentences are to run concurrently with his present five-year prison sentence for assault.