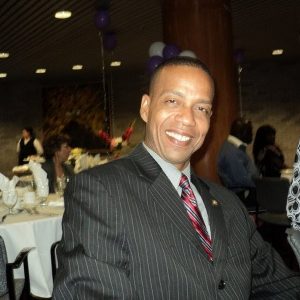 Opposition Leader, Bharrat Jagdeo on Wednesday said his party opposes contentious provisions in the Cyber Crime Bill that could clamp down on free speech, hours after Attorney General Basil Williams reiterated that the draft law would be taken back to Cabinet.

Williams said he backed Public Security Minister, Khemraj Ramjattan’s position that the amendment is necessary to allow government to crackdown on utterances on Facebook and other Internet-based media that might call for the government to be destabilised.  At the same time, the Attorney General said he would be taking back the Bill to Cabinet to address concerns that have been raised.

Again acknowledging that the People’s Progressive Party (PPP) representatives on the bipartisan parliamentary select committee did not participate fully in the deliberations, the Opposition Leader said his party was committed to freedom of expression. “You can criticise us for not attending but we will fight against the criminalisation of free speech,” he said.

He stressed that the PPP never supported the Cyber Crime Bill.

On the fact that social and political activist, Mark Benschop had been charged with sedition, the Opposition Leader  instead referred to an occurrence in which Benschop and politician, Phillip Bynoe had led a group of protesters in storming the Office of the President in July, 2002.

Jagdeo appeared to have referred to that incident to justify the need to keep sedition on the law books. “They led a mob. That mob invaded the Office of the President. People were killed in the Office of the President in the battle with the mob and he was charged for sedition. He was then pardoned. Just imagine that happening in another part of this world; invading the White House compound or something, they would have been slaughtered probably. They’d never come out of jail,” he said.

The two were subsequently charged with treason, not sedition, and when Benschop had surrendered to the authorities and subsequently pardoned, Bynoe subsequently surfaced a free man. The former Guyanese leader, who at the time of pardoning Benschop for treason had said that he had learnt his lesson, on Wednesday said the former political prisoner should pray for and thank the PPP. “He should be thanking the PPP, every morning going to church, saying a prayer for the PPP- the Benschop- rather than comparing that with this government trying to criminalise free speech and calling it free speech,” Jagdeo said.

Benschop and late television talk-show host, Ronald Waddel had been charged with sedition in March, 2001.

Sections of the business community, rights activists and the Guyana Press Association (GPA) have raised objections to a section of the Cyber Crime Bill, arguing it would have a chilling effect on free speech.

The Cybercrime Bill states that  a person commits an offence of sedition if the person, whether in or out of Guyana, intentionally publishes, transmits or circulates by use of a computer system, a statement or words, either spoken or written, a text, video, image, sign, visible representation, or other thing, that (a) brings or attempts to bring into hatred or contempt, or excites or attempts to excite disaffection towards the Government established by law in Guyana”.

The legislation, if passed, will prohibit disaffection including disloyalty and all feelings of enmity”. At the same time, the Bill allows  “comments expressing disapprobation of the measures of the measures of the Government with a view to obtain their alteration by lawful means, without, exciting or attempting to excite hatred, contempt or disaffection” and “comments that point out errors or defects in the Government, Constitution or Parliament”.