Reproduced from The New Today 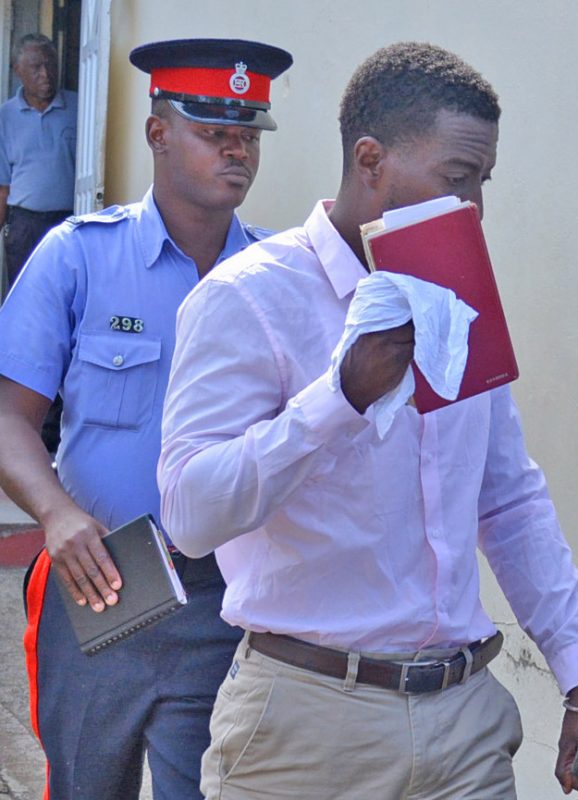 A 47-year-old Guyanese National, Derrick Patterson has been remanded to Grenada’s Her Majesty’s Prison at Richmond Hill when he appeared in court Monday to face a charge of possession of Cocaine.

Demerara Waves Online News understands that the former student of St. Agnes Primary School once sported dreadlocks. He had long been targeted by drug agents locally and in the Caribbean.

The accused man is the brother of Public Infrastructure Minister, David Patterson.

Derrick Patterson was charged with Trafficking of a Controlled Drug after a total of 2.325 kg of Cocaine with a street value of $232,500.00 was found in his possession last week.

The accused who is an Evaluation Supervisor by profession, appeared before Chief Magistrate Tamara Gill at the St. George’s No.1 Magistrate’s Court represented by Guyanese Attorney-at-Law, Darshan Ramdhanny.

Derrick Patterson who was visiting the island at the time of his arrest was residing at Captain Harris Apartments in Grand Anse, St. George.

THE NEW TODAY understands that officers attached to the Drug Squad of the Royal Grenada Police Force (RGPF) intercepted a vehicle travelling in the vicinity of Springs on May 2 in which Derrick Patterson was the driver.

The vehicle was searched and the drugs were found inside of a plastic bag.

Patterson is due to reappear in court on May 15.