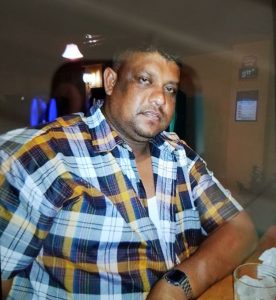 A Corentyne fisherman, who was arrested in connection with last month’s deadly piracy attack on 20 fishermen off Suriname’s east coast, was Friday charged in Guyana with offences dating back to 2015 and 2016.

Manohar appeared before the Chief Magistrate, Ann Mc Lennan at the Georgetown Magistrates’ Court and he was remanded until May 30, 2018.

The matter has been transferred to the Springlands Magistrate’s Court.

The prosecution’s case is that in April, 2015 in Guyana’s territorial waters, while armed and in the company of others, he robbed the fishing vessel “Sir Navin” of two outboard engines, worth GY$1.8 million dollars.

Guyana Police Force Prosecutor, Gordon Mansfield objected to bail, saying that Manohar is a key suspect in the recent piracy attack off Suriname’s coast. Two other suspects in Guyana have since been released on GY$100,000 station bail each.

Of the 20 persons aboard the four boats,  there are five survivors;  three bodies, including one in Guyana, have been found, while 11 are still missing.

Police Commissioner, David Ramnarine and Public Security Minister Khemraj Ramjattan have said that the April 27, 2018 piracy attack offshore Suriname appeared to have been a reprisal for a drive-by murder of one of Manohar’s brothers in March 2018. Ramnarine has said Guyana’s anti-piracy act allows for persons to be charged in Guyana for piracy attacks committed in other countries.