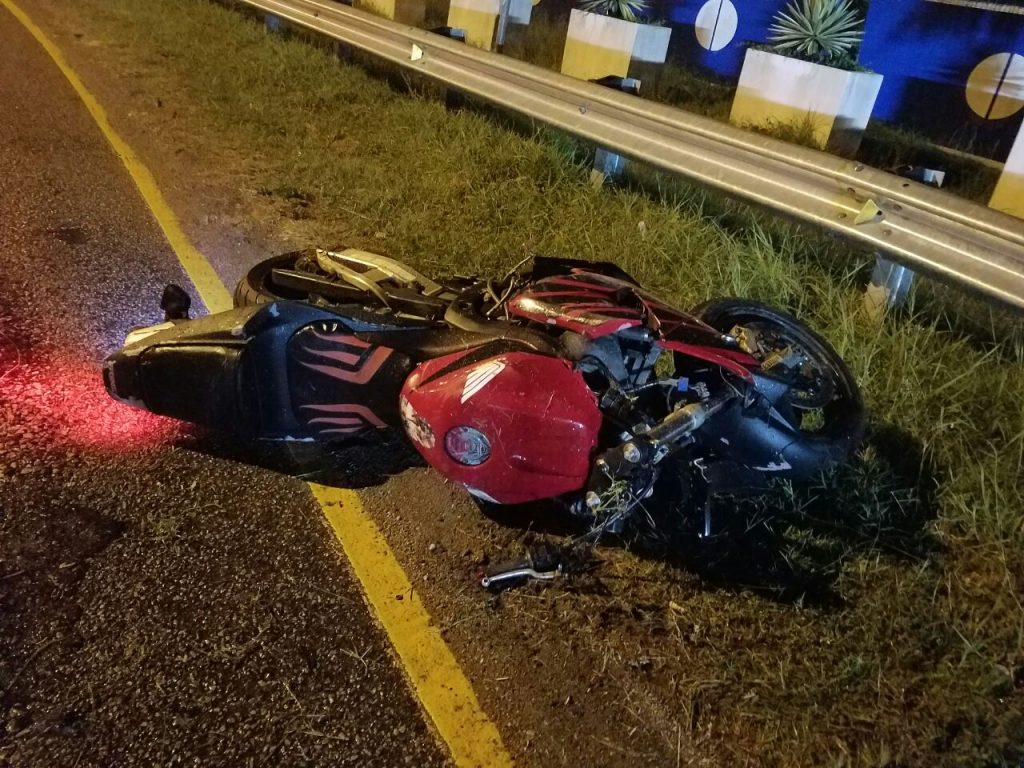 The bike that Suresh Khellowan rode, at the scene of the accident at the Russian Embassy turn, Kitty Public Road. (picture by Martina Johnson)

A CBR biker was early Sunday morning killed when he apparently lost control and slammed into a steel barrier at the Russian Embassy turn, Kitty Public Road, Georgetown.

He is listed as a gold miner.  His recently acquired driver’s licence shows that he lived at Good Hope, East Coast Demerara.

The bike, bearing licence registration plate, CD 4662, was was badly damaged. Khellowan’s helmet was seen some distance away from the point of impact, his body and the bike.

The accident occurred at about 2:22 AM. An eyewitness said, “At 2.22 am, he was coming around the curve, headed towards town when he lost control of the bike. It skidded, he was thrown off when it smashed into the metal containment rail.”

“He was wearing a helmet which was damaged in the crash. The bike spun off the road and smashed into the rail at several places and then into a concrete bolder and bounced back into the road,” the eyewitness added. 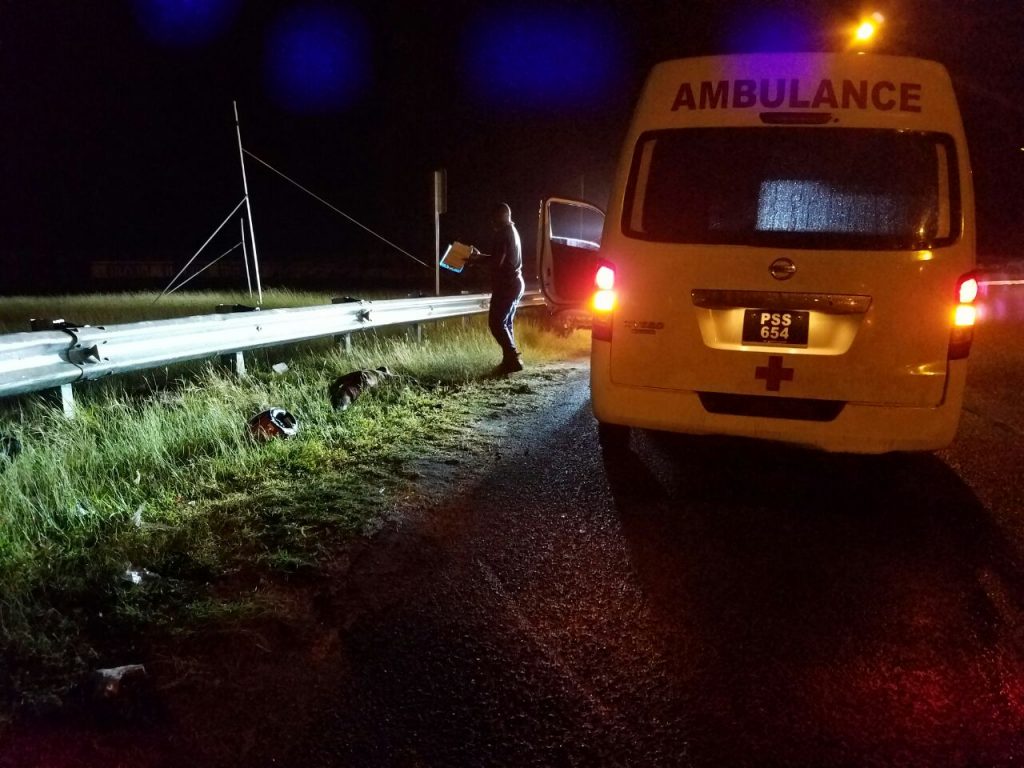 A first responder shines a light on the body of Suresh Khellowan at the Russian Embassy turn, Kitty Public Road. (picture by Martina Johnson)