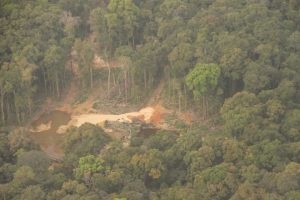 Guyana’s forests will become increasingly important in absorbing greenhouse gases more of which will be spewed into the atmosphere when oil production begins in another two years, the United Nations Resident Coordinator here, Mikiko Tanaka said.

“With the production of oil and gas in the near future, Guyana’s contribution to overall emissions may increase. Urbanisation will probably accelerate in line with global trends. As such, the importance of Guyana’s forests in their role also a carbon sink will also increase as will efforts to transform Guyana’s consumption, production and energy use into sustainable and meaningful activities,” she said at the recently observed World Forest Day.

Head of the Ministry of the Presidency’s Department of Environment, Ms. Ndibi Schwiers said that with Guyana’s already low emissions the Green State Development Strategy would cancel additional emissions from oil and gas production. 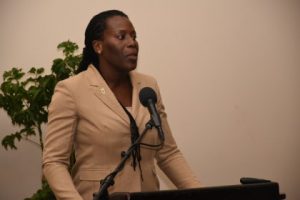 Head of the Ministry of the Presidency’s Department of Environment, Ms. Ndibi Schwiers

“Because we are soon going to be an oil producing nation, you would expect us to emit more greenhouse gas. We are a low-emitting country. The amount of carbon that we generate is much less than even the amount of people that we have so in spite of the fact that we are going to emit more carbon, the truth of the matter is that is going to be negated by us moving to become a Green State,” she told Demerara Waves Online News.

She said authorities were  not yet in a position to estimate the amount of carbon that Guyana would emit when oil production begins and when the GSDS is fully implemented.

“The truth of the matter is that kind of calculation is necessary if we are going to say and say with confidence that we are not emitting more carbon than we ought to,” the Head of the Department of Energy said. World Bank figures had estimated that Guyana had expected to emit 1.5 million tons of carbon emissions annually in 2009.

The United Nations Resident Coordinator further stated that the relationship between people and forests is critical and as such she called for the GSDS to make provisions for the “fair and equitable share of responsibility and benefits in the protection and use of forests and other natural resources” between men and women, across rural, urban, ethnic and socioeconomic status.