Guyana-born man held in US for pimping teenage girl 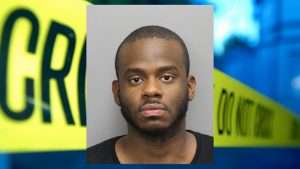 A local man born in Guyana remains in Cobb County Jail, in the U.S. State of Georgia after authorities say he was caught pimping a 16-year-old girl, the newspaper, Patch.com, reported.

Keron Owen Hamilton, 26, waived his right to an arraignment hearing on Monday, according to court records. According to Cobb County Jail records, Hamilton was booked on Oct. 13 on felony charges of sex trafficking and pimping a person under 18 years old.

Booking records say Hamilton, 26, is a native of Guyana and lived at an address in Lawrenceville. He has been held in the jail since his booking and federal immigration officials have been notified.

The Atlanta Journal-Constitution reports that Hamilton was arrested the day before he was booked on charges of forcing a 16-year-old girl into prostitution. According to his arrest warrant, an undercover officer arranged to meet the girl for sexual services at a hotel on Interstate North Parkway.

The officer spotted Hamilton in a car at a nearby gas station and admitted to bringing the girl to the hotel, according to the warrant.

About seven months before his arrest, the AJC reports, Hamilton was driving at speeds of up to 106 m.p.h. during a police chase on Interstate 75 in northwest Atlanta. He was driving with a suspended license and hit other vehicles during the chase, earning him charges of reckless driving, speeding, fleeing and alluding and driving on a suspended license.

He also had a woman in the car with him during the chase, the AJC reported at the time.