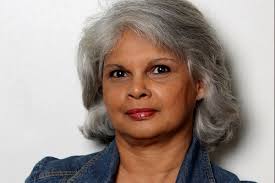 Indian Rights activist  and newspaper columnist, Rhyaan Shah has identified her vehicle that was stolen from her late last year at gunpoint,  leading police to two men who are already behind bars, for several similar offences.

Sources said in December, 2017 police intercepted Shah’s car, which was being driven by Shawn Archibald, and had two other occupants including a woman and Timothy Waldron.

Although it had a valid registration, investigators became suspicious and took the car to a police station where further checks were made.

“The said vehicle was found in possession of a male who claimed ownership and even produced a valid registration but investigators had their own suspicions and impounded the vehicle, pending further investigation,” the Guyana Police Force said in a statement

Archibald and Waldron have been charged and imprisoned for other criminal offences. However, investigators said they would be charged with additional offences and placed before the court next week.

The 66-year old Shah on Friday reportedly identified her Toyota Allion car which was stolen from her by three males as she was about to drive into her yard at Irving Street, Queenstown, Georgetown on November 4, 2017.

“Today the victim positively identified her stolen property which was impounded recently at an ‘A’ Division Station. Her registration matched that of the engine and chassis numbers with the only exception being the colour which was changed,” the Guyana Police Force said.

Archibald and Waldron have been already charged with armed robbery allegedly committed on Trevor Campbell at Republic Avenue, Mackenzie, Linden on December 31, 2017. They allegedly stole a gold chain valued GY$740,000 from the gold miner while he was standing in the vicinity of the Mackenzie Market.

They were also charged with gun-robberies committed on Roy Jaundoo of two gold chains valued GY$220,000 and one IPhone valued GY$186,000 on January 1, 2018 at West Ruimveldt.