Commission of Inquiry into 1,000-odd extra-judicial killings to be named this week

Victims of the massacre at Lindo Creek, Upper Berbice River.

A Presidential Commission of Inquiry into the extra-judicial killing of more than 1,000 persons during a six-year period will be named this week, Minister of State Joseph Harmon said just days after top opposition People’s Progressive Party (PPP) officials said they were ready for the wide-ranging probe.

Harmon told Demerara Waves Online News that the Commission would be named “before the end of the week” and might be made up of as much as three members who would “definitely” include former judges.

Government estimates that 1,431 persons were killed during that period that began with a jail-break in February 2002 of five inmates and ended in August 2008 with the security forces gunning down Rondell “Fineman” Rawlins. 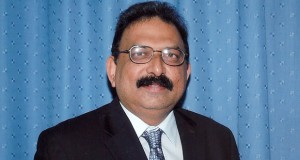 Asked how government intended to safeguard against the possibility of the Commission of Inquiry being politicized as Guyana heads into local government elections due later this year and general elections in 2020, the State Minister said, “I don’t know about safeguards. This is about fact-finding. This is about issues of fact and for the Commission to determine what happened, when it happened, who was involved and, therefore, what action needs to be taken.”

Hundreds of civilians, including political activist and talk-show host, Ronald Waddell, then Agriculture Minister Satyadeow “Sash” Sawh and members of the Guyana Police Force were killed following the 23rd February 2002 escape of five prisoners from the Georgetown Prison. They almost immediately used the East Coast Demerara village of Buxton as base from where the gang had spawned and had become heavily armed with handguns and assault rifles.

FLASHBACK: Bodies of those killed in the Bartica massacre being transported by boat.

From Buxton village, they had not only killed numerous persons but had also kidnapped then United States Embassy Regional Security Officer, Steven Lesniak and demanded a ransom. A number of water utility workers, who had been working on a government project,  had also been kidnapped.

During that period, Guyanese drug lord, Shaheed ‘Roger’ Khan- who was convicted and jailed in the United States- was caught with several ex policemen in a bullet proof vehicle with high-powered guns and sophisticated telephone wiretapping/ geo-location equipment that is only sold with government authorisation. In several statements later published in the privately-owned Kaieteur News newspaper and attributed to Khan, he had  stated that he had helped avoid the then Bharrat Jagdeo-led government from being toppled.

Also, between 2002 and 2008, then Home Affairs Minister Ronald Gajraj had been widely accused of facilitating a State-sponsored death squad but he was later cleared of those allegations by a presidential Commission of Inquiry. Insisting that whatever he had done, had been done “within the confines of the law”, Gajraj later stepped down under intense Western diplomatic pressure and he was posted to India as Guyana’s High Commissioner until the People’s Progressive Party lost power in 2015.

Among the high-profile killings were the Lusignan massacre on January 26, 2008 and the Bartica massacre on

February 17, 2008 that resulted in the death of 11 residents and 12 residents respectively. Eight miners were also burnt to death in the Lindo Creek, Upper Berbice River massacre on June 21, 2008.

Harmon’s disclosure of a definitive time-line about when the Commission of Inquiry would be established came mere days after President Granger had said “society has been scarred by violence, which left a lingering legacy of distrust with the potential of fresh disorder. Monuments at Bartica, Buxton and Eve Leary have been erected to the victims of violence during the ‘Troubles’ between 2002 and 2009. We still have an obligation to investigate those troubles and ensure that the culprits are brought to justice.”

Opposition Leader, Bharrat Jagdeo said at the weekend that he and others would testify at a Commission of Inquiry if they they have “useful information”.  However, he feared that intelligence files at the Guyana Police Force and Guyana Defence Force would be “sanitized” to influence the Commission of Inquiry. 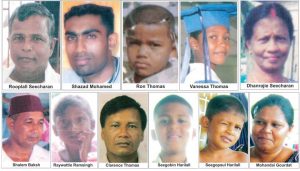 Jagdeo said charged that at time  political operatives had been working with drug dealers. “I would love to have a Commission of Inquiry into the trouble period and why not extend it a little bit more to the past and bring it up to the future too. We can have a big CoI…Then you will see how politically-inspired many of the killings were in that period… that they got political support, the criminals. That’s the difference today,”

Speaking at last Friday’s event to mark the 10th anniversary of the Lusignan massacre PPP parliamentarian, Juan Edghill, said he wanted an inquiry to help identify the masterminds behind the storming of Grass Field, Lusignan, opening gunfire on sleeping residents and raiding their homes.

Several sugar industry workers, farmers and other persons had also been killed or went missing during that period. A number of skeletal remains had also been found in cane-fields and back-lands of a number of middle East Coast Demerara villages.