Georgetown Mayor, Patricia Chase-Green on Sunday lashed out at Local Government Minister, Ronald Bulkan, accusing him of interfering in the Council’s work without understanding the law.

“The Minister cannot sit in Kingston and direct what happens. He is taking over where the old administration left off,” she told reporters after a meeting in Alexander Village, Georgetown. The Mayor said the law is quite clear and the Council wants to work with the Local Government Minister but Bulkan’s attitude has been unhelpful

“Everything the minister hears he gets involved in. He has never written to me on any of these matters he is talking about. He has called the Town Clerk; I am the Mayor. He has never spoken to me on these matters,” she said. “He needs to engage us more instead of pronouncing on matters just ‘off the bat’. We are part of his ministry. There should never be a conflict between the Mayor and Councillors of the City of Georgetown and the minister,” Chase-Green said.

The Mayor said that sometimes she is “upset with the manner in which he deals with some matters because he does not consult me but pronounces on it and he sets out as if I have done something out of the realm of my authority as Mayor.” 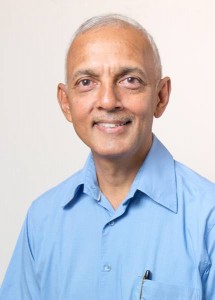 She plans to respond to the Minister’s letter.

Chase-Green said all Chairmen and Vice Chairmen are asked if their are constituency matters to be raised on any committee and placed on the agenda by the Town Clerk.

In a sharp and hard-hitting response to Bulkan’s formal request for  the municipal government to temporary halt to the development of open spaces and for constituency councillors to be properly consulted before matters are placed on Council’s agenda, the Mayor  suggested that the Minister of Communities was out of bounds.

Bulkan indicated that his letter, which was copied to People’s National Congress Reform Vice Chairman, Volda Lawrence and that party’s General Secretary, Amna Ally-largely reflected Cabinet’s position. Asked whether she believed that Bulkan’s approach was part of a plan to show who he does not want to be re-elected Mayor by the Councillors on March 15, she said she did not know what he was thinking. She suggested that she would not decline nomination for the top municipal post. “Why should I? I think I am doing very well so far”.

Referring to the Municipal and District Councils Act Chapter 28:01, she said that law is “quite clear” on ministerial responsibilities and its legal responsibilities for open spaces and recreational parks. “I have done nothing out of the context of 28:01. We will continue to clear all open spaces; it will not be used for housing purposes,” she said when asked for a reaction to Bulkan’s letter. “I don’t know where he got this wild idea that all of the grounds are now being used for housing areas. He has never consulted with me,” she added.

She explained that houses could not be built on any of those lands without approval from Central Housing and Planning Authority and permission from the Central Housing and Planning Authority to change  land use from recreational park to housing. She said the Bel Air Park land was approved for housing purposes subject to approvals from the other agencies. “If the other agencies have refused approval, there is nothing the Council can do,” she added.

The Mayor said the use of the Bel Air Park land was taken to the Investment and Development Committee which had agreed in principle for development of part of that land by a private developer and for the construction of a 30-story building where the former Guyana National Cooperative Bank at 1 Lombard and Cornhill Streets is located.

Earlier this month, Council approved recommendations for yet another revised parking meter contract which has been negotiated with Smart City Solutions which will earn 80 percent of gross revenues and the municipality 20 percent. The revision also provides for metered parking at a rate of GY$150 per hour or GY$800 for eight hours.  However, the agreement will not take effect until it is signed and new parking meter bylaws are approved by the minister.

The Movement Against Parking Meters (MAPM), Alliance For Change and the People’s Progressive Party still maintain that the parking meter deal is bad and should be revoked to pave the way for competitive bidding.

2018-01-28
Denis Chabrol
Previous: Commission of Inquiry into 1,000-odd extra-judicial killings to be named this week
Next: Bulkan justifies “guidance” to City Mayor Chase-Green; seeks to stop public “ridicule”, “protect the image” of govt