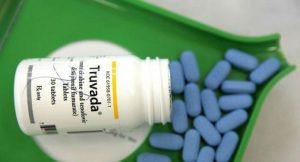 Head of the Society Against Sexual Orientation Discrimination (SASOD), Joel Simpson told a news conference that permission would  first be obtained from the Ministry of Public Health and decisions would have to be made about whether the preventative pill would be generic or brand name and whether users would be required to sign an agreement to participate in the trial.

Simpson said before the possible introduction of the pill in Guyana, SASOD would be conducting a survey to determine whether Guyanese homosexuals- men who have sex with men- would prefer to use that preventative medicine or rely on other forms of HIV prevention.

He said SASOD would be working with the Trinidad-based Caribbean Public Health Agency and the regional office of the Pan American Health Organisation /World Health Organisation (PAHO/WHO) on introducing the Pre-Exposure Prophylaxis (PrEP) pill whose brand name is Truvada.

“We want to explore if this is a viable method of HIV prevention for vulnerable groups in Guyana so we are going to start with one population, one that is very popular to us – men who have sex with men- and we are going to be doing  a feasibility about that with the intention of determining whether we should later go on to do a demonstration project to determine whether it actually works,” he said.

The SASOD co-founder said if the study shows that the pill should be introduced in Guyana, persons would be administered the drug for nine months during which time they would be tracked to determine whether it has been successful.

SASOD has already sent  Truvada’s manufacturing company, GILEAD Inc;  a concept note to possibly acquire a quantity of that prophylaxis drug free of cost for the demonstration that could begin in 2019.

Estimates show that to supply 100 persons Truvada for nine months could cost US$75,000.

Simpson said a demonstration project is always required before introducing certain medicines. He noted that with dwindling donor resources for the fight against HIV and AIDS, Truvada is a viable option to prevent transmission of the virus.

With regards to seeking permission from the Ministry of Public Health, he said SASOD was currently preparing “all the documents” for an ethics review application following talks with the Health Sector Development Unit and the National AIDS Programme Secretariat. “People are asking for the research, people are asking for the information to be able to say that this is a viable option that should be pursued so we don’t see any impediments to work in this area,” he said.