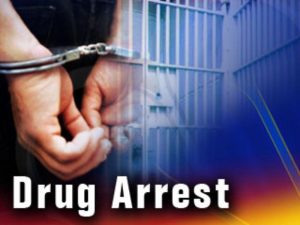 Ten persons, including several Colombians, are this week expected to face drug trafficking charges, stemming from a major three-day operation, the Head of the National Anti-Narcotics Agency (NANA) said Sunday.

Retired Major General, Michael Atherley said the four Colombians  one Venezuelan and five Guyanese remained in custody after the court granted an application to extent their detention beyond 72 hours.

“Those persons are in custody and we are working to place charges,” Atherley told Demerara Waves Online News. That extension will expire Monday or Tuesday. The top anti-narcotics agent said the detainees were refusing to give investigators statements, when asked if they confessed to the crimes. Their lawyers are expected to meet with them this week.

The NANA chief said the operation, which was conducted from January 1 to 4 , netted 11 kilogrammes of cocaine, foreign currency, one car, three speedboats with engines and 11 cell phones.

Atherly said the cocaine was seized in the Pomeroon River. Items and cash were also seized from a house at Republic Park, East Bank Demerara. The operation also extended to about five miles north west of the mouth of the Moruca River.

Asked whether the seizure amounted to major dent in the drug trade, he said, “we have to get to the bottom of it; the fact that it involves Colombians and a Venezuelan says a lot.” He said the foreigners arrived in Guyana legally but at the time of their arrest, they were here illegally because they over-stayed their time.

NANA is the umbrella coordinating entity for all anti-drugs agencies under the Guyana Police Force, Guyana Revenue Authority and the Ministry of Public Security.

2018-01-07
Denis Chabrol
Previous: Guns were hidden in car that transported fireworks- police
Next: Bar manager found shot dead with gun next to him