Updated: NCN’s CEO resigns after “unanimous” board dissatisfaction with his performance 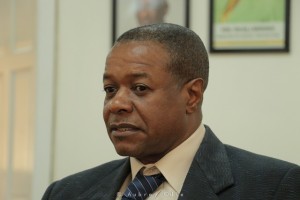 The Chief Executive Officer of the National Communications Network (NCN), Lennox Cornette has resigned just over one year after his controversial appointment, sources confirmed.

“Faced with the possibility of a non-renewal of his contract, he took the better decision,” sources said. His contract expires in April, 2018.

Cornette’s last working day will be January 12 after which he will proceed on two months accrued leave from January 15.

He is expected to hand over to an interim management group made up of Board sub-committees. The Board is expected to meet with staff members Thursday morning.

Sources said Cornette was aware of the Board’s unanimous displeasure with his performance as it did not reflect in improved programming and conditions of service for workers.

“NCN needs leadership , needs vibrancy based on the correct leadership from the CEO right down,” the sources said. Indications are that Cornette’s departure will pave the way for radical changes in NCN’s senior management structure.

At the time of his appointment in April 2016, the then Board of Directors had been divided over the decision because of an occurrence  he had been involved in at the Guyana Telephone and Telegraph Company while serving as its Public Relations Officer.

The NCN CEO’s resignation, according to sources, comes at a time of persistent concerns by the Board and management about how Cornette has been managing the radio and television entity.