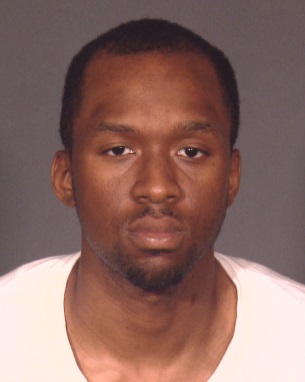 New York authorities on Friday announced that a man, who shot dead a 16-year old girl in their Flatbush, Brooklyn apartment, was found guilty of first-degree manslaughter for fatally shooting a teenage Guyanese girl with a sub-machine rifle.

The Acting Brooklyn District Attorney, Eric Gonzalez said 26-year Taariq Stephens, 26, of East Flatbush, Brooklyn will be sentenced on January 16, 2018, at which time he faces up to 25 years in prison.

He wad convicted for killing 16-year-old Shemel Mercurius, formerly of Section ‘L’ Campbelville, Georgetown on May 31, 2016 . Her mother, Lovern Williams-Oliver, is a member of the Guyana Police Force. The Mark Benschop Foundation had been instrumental in facilitating Williams’ attendance of her daughter’s funeral in New York.

Acting Brooklyn District Attorney Eric Gonzalez today announced that a 26-year-old man was been found guilty of first-degree manslaughter for fatally shooting a 16-year-old girl with a submachine rifle. The victim was inside an apartment in East Flatbush babysitting her 3-year-old cousin at the time of the 2016 shooting.

Acting District Attorney Gonzalez said, “This defendant’s sinister act cut short the life of a promising young girl and undoubtedly traumatized her toddler cousin. His deadly actions destroyed lives, left her family heartbroken and deeply hurt our community. He has now been convicted and will pay for his evil actions.”

Stephens He was today convicted of first-degree manslaughter and second-degree criminal possession of a weapon following a jury trial before Brooklyn Supreme Court Justice Deborah Dowling. 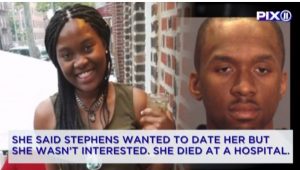 The Acting District Attorney said that, according to trial testimony, on May 31, 2016, at approximately 5:50 p.m., the defendant pushed his way into a sixth-floor apartment inside 1406 Brooklyn Avenue in East Flatbush, while carrying a .40 caliber submachine rifle. The defendant shot 16-year-old Shemel Mercurius in the arms and chest.

The victim told police the first name of the man who shot her when they arrived at the apartment, according to trial testimony. She was taken to Kings County Hospital, where she died 90 minutes after the shooting. Surveillance footage showed the defendant loading the submachine rifle outside her door, and then forcing his way into the apartment after she rebuffed him. He turned himself into police two days later.