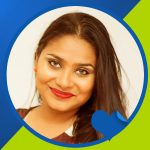 A new civil society organisation, Heal Guyana, has been formed to help the “fractured country” deal with growing social and political mistrust by promoting positive behaviour and attitudes.

“Heal Guyana will be an inclusive platform meant to offer positive insights and solutions towards racial unity, political impartiality, gender balance, sexual orientation inclusivity and public accountability,” the grouping said in a statement.

Targeting youths , the grouping says the Heal Guyana platform will initially take the form of an online forum. Those interested in learning more and participating in the work of Heal Guyana are invited to visit the group’s Facebook page, its Instagram account or its website at www.healguyana.org 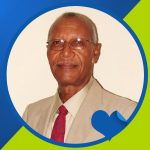 Upon seeing the need for solutions-based and empathetic interventions within society, founder of Heal Guyana, Sharon Lalljee-Richard, began the formation of a diverse civil society group.  “Our beautiful Guyana has become an ugly place for too many of our people,”  Lalljee-Richard was quoted as saying in a statement issued by Heal Guyana. “With issues ranging from high levels of migration, suicide and general disenchantment in our nation’s ability to deliver on promises, too many Guyanese are checking out. This has to change if we are to reach our true potential as a collective.”

An activist in areas related to ethnic relations and social justice, fellow Board Member, Alexis Stephens – a communications expert and consultant – said that “Unhealed traumas are generating the destructive 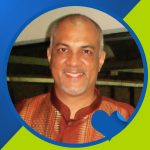 types of behaviours we are seeing every day in the streets.” Stephens believes we need to look beyond our differences and embrace a new approach for the country to heal. “What happened in parliament this week shows what can happen when we engage with each other destructively,” she said in the statement.

Other members on the Heal Guyana board are Lawrence Lachmansingh, Governance and Peace Practitioner, and Egbert Carter, Civil Engineer.

Embracing such values as equality, fairness, unity, and compassion, Heal Guyana says its first responsibility is to the people and their social, political and economic well-being. 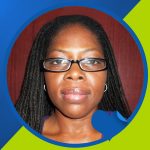 This is the second civil society organisation to have been formed in recent months; the first being Reform, Inform, Sustain Educate (RISE) Guyana whose specific focus is on constitutional reform. Demerara Waves Online News has learnt that RISE would soon be embarking on countrywide outreaches to hear from ordinary people what they would like to see be included or excluded from Guyana’s constitution.